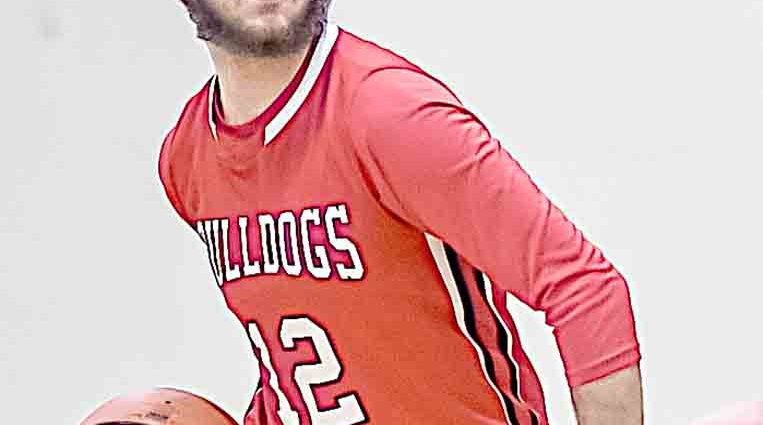 Otis boys
The Otis Bulldogs are still practicing hard trying to change their season, but it just hasn’t happened yet.
The Bulldogs hosted the Briggsdale Falcons on Friday January 31st. Otis tried hard, but just didn’t drop the balls through the net enough to change the outcome of the game. The final score was 35-64.
On Saturday February 1st, The Bulldogs travelled to Haxtun to play the Fightin Bulldogs. It was another game of trying hard, but not able to get the shots they needed. The final score was 31-61.

On Friday February 7th the Bulldogs travel to Woodlin to play the Arickaree Woodlin Indian Mustangs at 3 p.m. On Saturday February 8th they will travel to Flagler to play the Flagler/Hi-Plains Thunder at 4 p.m.

Stratton/Liberty girls
On Tuesday Jan 28th the Stratton/Liberty Lady Knighted Eagles travelled to Bethune to play the Lady Bobcats. SL took the lead early and held it throughout the game. The final score was 51-25.
On Friday Jan 31st, SL travelled to Kit Carson to play the Lady Wildcats. They tried hard, but just couldn’t put up enough of a fight to keep the score close. The final score was 38-64.
On Friday Feb 7th, SL will travel to Limon to play the Lady Badgers at 4 p.m. On Saturday Feb 8th they will host Cheyenne Wells in Stratton at 3 p.m.

Arickaree/Woodlin boys
The Arickaree Woodlin Indian Mustangs hosted the Idalia Wolves on Friday January 31st. It was a great well-played game by both teams. AW had more desire to bring home the win, and they played hard for it. The lead changed several times, but in the end AW was triumphant! The final score was 53-50.
The Indian Mustangs will host the Otis Bulldogs at Arickaree School on Friday February 7th at 7 p.m. On Saturday AW will host Rocky Mountain Lutheran at Woodlin at 3 p.m.

Arickaree/Woodlin girls
The Arickaree Woodlin Indian Mustangs hosted the Idalia Lady Wolves on Friday Jan 31st. It was not the ending they had planned.
The first quarter was rough. The home team just didn’t seem to have much energy and couldn’t get the ball driven to the basket. The scored seven and Idalia scored 15.
The second quarter was much better. AW was more energetic and turned up the heat and stayed right with the Lady Wolves. They were hitting shots and blocking plays. AW was outscored by just two points. The score at halftime was 22-32.
The third quarter was another tough one. It was not the quarter the home team had wanted. They wanted to hit the court and be able to catch up, but were outscored again.
The Lady Indian Mustangs tried hard to turn the game around in the fourth quarter, but fell short again. The final score was 45-67.
Oriana Ratcliffe made two 3-pointers, eight points.
Joslyn King made 18 points, two rebounds, two assists and three steals.
Wynter Van Ness made one point, four rebounds, three assists and four steals.
Cora Schrock made two points, one rebound and one steal.
Gilary Servin made eight points,, three rebounds and three steals.
Aspin Guettlein made one 3-pointer, five points, three rebounds, two assists and one steal.
Ashlynn Wright made three points, three rebounds, four assists and three steals.
On Friday February 7th AW will host the Otis Lady Bulldogs at 4 p.m. and on Saturday February 8th they will host Rocky Mountain Lutheran at Woodlin at 2 p.m.