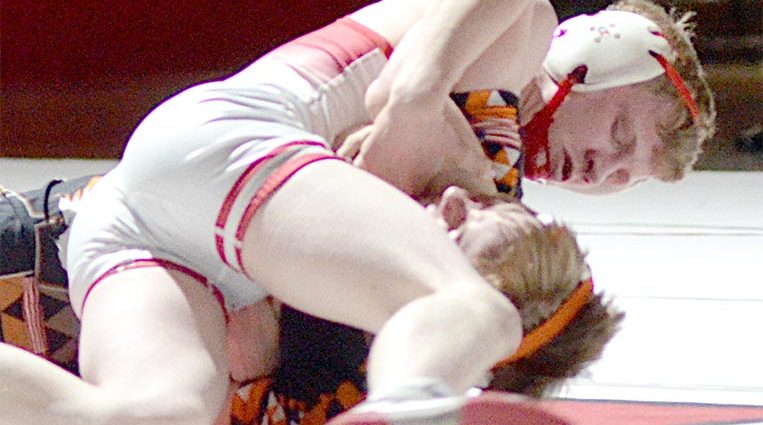 Yuma High School’s wrestling team closed out the regular season with a 51-19 dual win over Wiggins, Thursday night in The Pit.
The Indians won four of the six matches decided on the mat. Seniors Cayden Lynch and Alec Holtorf both won their final home matches, Lynch by a 3-1 decision at 182 and Holtorf by fall at 120. Braden Smith won by fall at 126, and Blaze Brophy won by fall at 132. Yahir Trejo lost by decision at 152, and Jose Ruiz lost by

decision at 195.
Winning by forfeit were John Smith, Jesus Sanchez, Joey Ross, Tyler Allen and Louden Blach.
The Indians next action is the regional tournament, February 14-15.