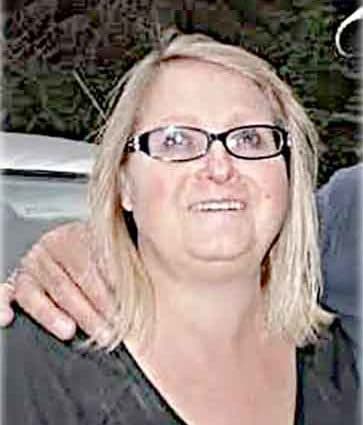 Mitzi Lynn Bollacker was born May 2, 1958 to Charles and Patty (Reyher) Bollacker in Pueblo, Colorado. As a child growing up in Pueblo, her mom showed her a love for horses. Mitzi enjoyed spending time at her aunt and uncle’s farm in Wiley, CO. There, she ran around with her cousins on horseback and relished in the country life. At the age of 7, Mitzi gained a sister, Kelly. She attended Belmont Elementary and Heaton Junior High. She was a member of the “Barra-Cuties” synchronized swim team. Mitzi attended East High School from which she graduated in 1976.
In the spring of 1978, Mitzi met Daniel Steckman and a whirlwind romance blossomed. They were married on his lunch break in Craig, Colorado in November of 1978. They moved back to Pueblo shortly thereafter. In October 1979, they welcomed a precious little girl, Autumn, to the family. Dan and Mitzi added an energetic son named Charlie in 1982 and they were blessed with another daughter, Elyse, who was added to the brood in 1985.
Mitzi was privileged to be a stay-at-home mother to raise her children. As an animal lover, she passed on that love to her children. The family always had cats, dogs, and horses in the mix. Mitzi became a member of the Riverside Saddle Club where she was able to teach her children to ride horses. They participated in the club’s Friday night rides, parades, grand entries and trail rides. In 1988, while serving as club reporter, Mitzi was proud to receive an award for her scrapbook. Mitzi loved to support the kids in all their activities from 4-H, horses, and girl scouts to motorcycles, cub scouts, and karate.
In 1991, Dan took a job and the family relocated to Wray, CO. The family quickly settled into enjoying the rural lifestyle. Mitzi became a 4-H leader in cake decorating, horse, and shooting sports. Throughout her 4-H career, she loved to help all kids learn and always embraced other children as her own. Autumn, Charlie, and Elyse were truly able to have a farm lifestyle. They added cattle, sheep, pigs, ducks and chickens to their 4-H activities. In 1994, Dan and Mitzi welcomed another son, J.D., to complete the family. He had health problems from birth and was later diagnosed with Duchenne muscular dystrophy. The family embraced the diagnosis, and all were an active part of his care. They did their best to make sure that his disability didn’t hinder his ability to keep up with the family activities.
Once the kids were all settled in school, Mitzi was able to return to work until she was diagnosed with congestive heart failure in 2006. She was very good at hiding her failing health by continuing to care for the needs of JD and her family. In 2011, Mitzi got the ultimate gift of life by receiving a heart transplant. She was very grateful to the person who was able to give her a second chance.
One of Mitzi’s greatest thrills in life was helping her daughters become mothers. With her love and guidance her daughters and daughter in-law were able to become confident mothers and wives. She was always there when anyone needed her. Mitzi was blessed with seven grandchildren and loved to attend all of their activities she was able to. She instilled several of her passions for horses, animals, and hobbies into her grandchildren as well.
Mitzi was a member of the Wray United Methodist Church and also belonged to the God’s Girls bible study group in Holyoke. Due to ongoing health issues, she wasn’t always able to attend as often as she liked. Mitzi’s trials in life never seemed to waiver her faith. It was strong and she firmly believed that the Lord does beautiful things in life.
When her health was failing and she wasn’t able to ride horses, she reclaimed many crafts and hobbies that included making jewelry, sewing, knitting, stamping, needlepoint and collecting Breyer horses. Mitzi loved to travel with friends and family and could go for hours on the motorcycle. She was able to see the West Coast to South Carolina and southern United States. She was able to visit many places when her kids ventured away from home. Mitzi loved camping in the mountains and loved riding on the four-wheeler and in the jeep. She had been over some of the most beautiful and rugged terrain the back country of Colorado has to offer, always taking photos of the scenery and many of the awesome wonders of God.
Mitzi passed away in Aurora, Colorado on December 22, 2020 at the age 62. She is survived by her husband Dan Steckman; daughter, Autumn (Anthony) Conde of Holyoke; son, Charlie (Erin) Steckman of Salida; daughter, Elyse (Brandon) Purdy of Pueblo; granddaughters, Hallee, Sierra, and Shyanne Conde, Emma Sexton and Marley Purdy; grandsons, Josh Steckman and Deagan Purdy; father, Charles Bollacker; mother and father in-law, Otto and Joy Steckman; sister, Kelly (Marvin) Kissick.; brother in-law, Rodney (Brenda) Steckman; sister in-law, Vallee (Joe) Vohs. Mitzi also leaves behind many loving nieces, nephews, extended family and friends. She was preceded in death by son, J.D. Steckman and mother, Patty (Reyher) Bollacker.
A Memorial Service was held Friday, January 8, 2020 at 2 p.m. at the Wray United Methodist Church with Pastor Ben Wentworth officiating. Memorials may be given to Mitzi Steckman Memorial Fund, in care of First Pioneer National Bank 145 W. 4th Street, Wray, CO 80758.