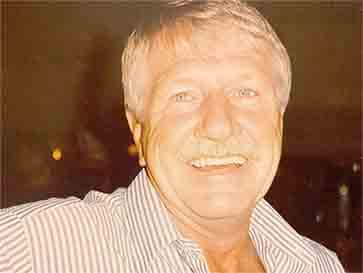 After a sixteen year battle with cancer, Orval Dean Rawson (78) passed away peacefully at his home in Yuma, CO on October 29, 2020 with family by his side.
Orval was born on October 29, 1942 in a house in Eckley, CO to William (Bill) and Esther Rawson, the middle child of three. He was raised in Yuma where he met his high school sweetheart and the love of his life, Cathy Anne (Myers) in 1961. During high school he participated in football, track and theater and he graduated from Yuma High School in 1961.
Orval married Cathy on August 30, 1964 and they moved to the Denver metro area where they lived for 12 years while he was working as a manager for Arrow Manufacturing. The happy couple welcomed their daughters Dondi and De Ann to the family and by 1974 he had started farming wheat with Cathy’s father while their new home was being built. He moved back to Yuma in 1976 and continued farming until retiring in 2012.
He loved his family dearly and lived by a motto that a family that plays together stays together. He worked hard and saved to make be able to take trips to make memories that would last a lifetime. Family time was precious whether it was spent at home, waterskiing, camping, snowmobiling or traveling. He traveled throughout the US and internationally in Europe, Mexico, Tahiti and beyond. Orval spent his winters in Arizona where he could enjoy time with his brother Dennie and all of their snowbird friends when he wasn’t attending the countless athletic events of his beloved grandsons.
Orval had a great sense of humor and huge heart. He never met a stranger and was known far and wide among children for handing out $1 bills which earned him smiles, laughter and a special place in the hearts of many. He was always quick with a smile, an entertaining story or a joke – whether it be in a passing conversation or sitting at the coffee shop with friends. The world was a better place with Orval in it as he could light up a room with his smile or lift a heavy heart with his hugs. Heaven gained another Angel and he will be greatly missed until we see him once again.
Orval was preceded in death by his parents William (Bill) and Esther Rawson, sister Alice and her husband Carl Atkinson, brother Dennie Rawson, nephew Kerry Atkinson, and niece Denise Rawson.
He is survived by his loving wife of 56 years Cathy Rawson, his daughters Dondi (James) Kratzenstein of Littleton, CO and De Ann (Kevin) Sewell of Yuma, CO, his grandsons Alex Kratzenstein and Justin Kratzenstein of Littleton, CO, and nieces and nephews Kathy Sue (Bruce) Brophy of Broomfield, CO, Rob (Heather) Rawson, of Colorado Springs, CO, Craig (Krystal) Myers of Parker, CO, Pam (Chad) Anderson of Peyton, CO & Joe (Lanae) Sivigny of Colorado Springs, CO, and a host of cousins and friends from across the US.
Services were held November 4, 2020 at 10:30 a.m. at the Methodist Church in Yuma, CO. During his radiation treatments, Orval formed a special bond with several young boys and some did not survive their fight. In lieu of flowers, please consider sending a donation to St. Jude Children’s Research Hospital in hopes that they will find a cure.