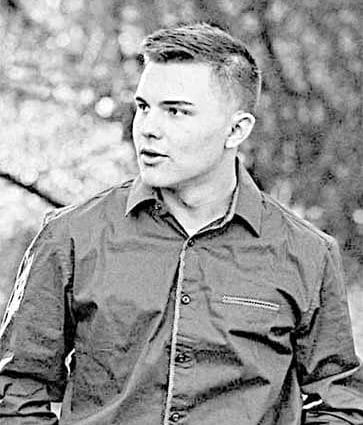 Trace Alan Alexander was born July 31, 2001 in Loveland, CO. Trace passed away unexpectedly as the result of an automobile accident on June 5, 2020 at the age of 18. His sisters and mom called him Tracey Poo or Tracey Michelle.
Trace was a vibrant young man with an infectious personality and smile that could light up any room. He gave the best hugs that made you feel the love he had for you everytime. He would make everyone around him smile and feel special. He was the most genuine, kind hearted, loving soul to everyone he met. It is often said that God takes the good ones young and that couldn’t be more true of him taking Trace home so soon. He really was the best!
Trace truly loved everyone so much. He had a perfect smile and a heart of gold. Trace and his mom had a love like no other. They were each other’s rock and always had each other’s back. Trace also loved all his sisters so much! They all looked up to him, each of them shared a special bond with him.
He loved his family more than anything! He also loved baseball, rolling coal, diesel pickups, fast cars, friends and everyone in general. It didn’t matter who you were, if you met him you were his friend. He loved to pick on people and made everything more fun and exciting. He was an amazing baseball player, he loved the game, the team and was always looking for ways to get better. It is no secret to anyone that knew him that Trace loved to have a good time. He lived life to the absolute fullest and was the life of the party. Trace would just assess his options and figure out what the most fun would be and off he would go.
Trace had worked with both of his uncles in the past couple of years.  He helped his uncle Zach and aunt Lacey with their car auction company in Arizona. Trace loved to work on cars and was always showing off their latest project to family and friends, and he had learned so much about his favorite thing in life, cars. Most recently he had worked with his aunt Casey and uncle Curt at Newbanks Pumps. He had learned so much and was able to work on many jobs with his dad while there. His dad and him shared the same sense of humor and were always making jokes and picking on the other guys.  Customers were always calling talking about that funny little tan kid. With all the skill he had learned, he was always willing and able to help with anything his mom needed. He was always there for her.
Trace is survived by his mother Brandy Cline and sisters Paislee and Parkyr Cline of Akron, CO, father Trent Alexander and wife Jaynae, sisters Karlye, Kendal, and Kinna Alexander of Otis, Colorado. Grandparents Donna McDade, Steven McDade, and his wife Deborah McDade. Grandparents Terry and Sherrie Alexander, Ronn Bliven, Terri Bliven, great grandparents, Ward and Pauline Clough, Silvan Tadolini, Charles and Shirley Reiman, Aunts and Uncles Casey and Curt Goble, Mandy McDade and Wade Perino, Lacey McDade, Zach Bruegger, Jessica and Doug Bauer, Jennifer Bliven, Luke Queen, Cousins Cyle and Crysten Goble, Brooklyn Elliot, Delainey Dresen,Quint Perino, Cort Perino, Alexis Mcdade and Nash Mcdade, Maleigha and Caeden Bauer, Ashten Psota, Aubrie Bliven, Paxton, and Kayson Queen. Girlfriend Mallory Thompson. He will also be missed by many other family members and friends.
Trace was preceded in death by his Grandma Becky Alexander, Grandma and Grandpa John & Cheri Boone, Great grandma Shirley Wickland, Great grandparents Mildred Clough, Dale and Fern Alexander, Cousin C. Marie Goble.
A funeral service was held Wednesday, June 10, 2020 at the St. Paul Lutheran Church of Otis at 10:00 a.m. Interment followed at the Otis Cemetery. Memorial donations may be made to the family of Trace Alexander.