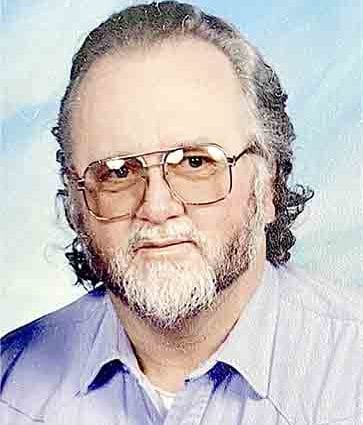 Wayne Elroy Rasmussen was born October 8, 1941 to Orval & Ruby (Wasson) Rasmussen in Stratton Co. He passed and entered eternal life at the age of 78 on October 5, 2020 at Hillcrest Care Center in Wray, CO.
Wayne grew up on the family farm south of Stratton the oldest of 3 boys. He helped with chores, feeding calves, chickens and pigs. He attended school in Stratton and when he was 15 the family moved to Holyoke, CO. He attended Holyoke High School Lettering in Basketball and Track. He graduated with the class of “61”
In 1962, he entered The United States Navy and served 4 years on The USS Forrestal at Portsmouth, VA. In 1966 he transferred to Naval Reserve to Bainbridge, MD. Wayne was honorably discharged in 1968.
In 1965, he met and married Jan Myers, to this union 4 children were born. Terri, Kathy, Wayne, And Roxanna. They raised their family in the Wray area, later separating. Wayne worked for Safeway and the bowling alley where he had a love of the sport. He bowled on many Men’s teams and even has trophies for some Colorado championships he won. In 1977, he began working for The Deschamps west of Wray as a farmhand.
In 1986, he met and married Virginia (Banaka) Holland in Holyoke, CO. and added her daughters, Shawn and Teresa, to his family. They moved to the farm west of Wray and he continued working for Deschamps, while raising all sorts of animals, sheep, pigs, horses, cattle and many different birds.
In 1994, he went to work for Monfort as a night watchman unloading cattle and continued through the ownership changes as Con Agra and then JBS. They sold their farm in 2000 and moved to town to slow down a bit and in 2005 Wayne retired from JBS.
After retiring he enjoyed fishing, garage sales and all the auctions. He also enjoyed watching all his grandkids in school programs and sporting events.
He was preceded in death by his wife, Virginia Rasmussen; his parents, Orval Rasmussen and Ruby Rasmussen-McCallum; daughter-in-law, Janet Rasmussen; and son-in-law Brad Sharp.
He is survived by his children, Terri and Clifford Russell of Wray, Kathi and Eric “Whitey” Anderson of Vernon, Wayne and Kim Rasmussen of Cleveland, OK, Roxanna and Juan Chavez of Sterling, Shawn Holland and partner Robin of Centennial, Teresa and Craig Kramer of Holyoke, Son-in-law Sid Lindley of Wray, his brothers, Alvin and Ruth Rasmussen of Bagley, MN and Richard Rasmussen of Grass Valley, CA, nineteen grandchildren, Cody and Jessica, Rodney, Johnathon and Payten, Jose and Elaina, Ashley and Derek, Samantha and Christy, Amanda and Rhett, Tyleler and Kailee, Alexis, Janessa, Brendon, Paedon, Gage, Landon, Brittney, Chloe, Caitlyn and James, Kelsey and Joe, Cavin and Olivia and eighteen great-grandchildren; Alexis, Junior, Bradley, Ariya, Octavia, Greyson, Bexley, Dante, Nova, Asher, Renesnae, Kynzlee, Kemptyn, Kailoni, Abby, Clyde, Owen, Maeve and one on the way.
A Memorial Service will be held Friday, Oct 16, 2020, 10:00 a.m. at the Schmidt- Jones Funeral Home in Wray, Colorado with Pastor Timothy Davis officiating. A private family inurnment will be held at Grandview Cemetery in Wray.
Memorials may be made to: Vet’s Club 119 East 3rd Street, Wray, Colorado 80758. Cremation was requested. Schmidt-Jones Funeral Home has been entrusted with arrangements.