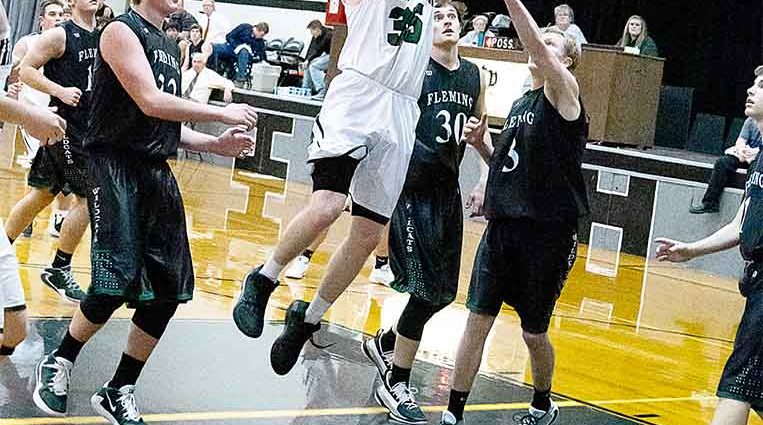 Stratton/Liberty Basketball
Boys
The Stratton/Liberty Knighted Eagles started the week off great. They travelled to Arickaree to play the Indian Mustangs on Thursday January 16th. It was a well-played game for SL except for the third quarter when they only scored one point! But they came back and made up for it in the fourth quarter. The final score was 65-46.

Lone Star
Girls
The Lone Star Lady Longhorns hosted the Bethune Lady bobcats on Saturday January 18th. It was a great game for the home team. They won 49-24. The Lady Longhorns are undefeated so far this season and are sitting at the number on spot in the YWKC league.
On Thursday January 23rd the Lady Longhorns will travel to Weldon Valley to play the Lady Warriors at 7 p.m. On Monday January 27th they will host the Flagler/Hi-Plains Lady Thunder at 2 p.m.
Boys
The Lone Star Longhorns hosted the Bethune Bobcats on Saturday January 18th. It was a very competitive game which the Longhorns won 34-32.
On Thursday January 23rd the Longhorns will travel to Weldon Valley to play the Warriors at 7 p.m. There will be a JV game at Lone Star against Flagler/Hi-Plains on Monday January 27th at 3 p.m.
Otis
Boys
The Otis bulldogs had a game scheduled at Bethune on Friday January 17th. There has not been a score reported, so I cannot tell you the outcome.
On Saturday January 18th the Bulldogs hosted the Caliche Buffaloes. The home team tried hard, but could not make the shots needed to be competitive. The highest score they made was the second quarter when they scored 10 points. The final score was 20-75.
On Friday January 24th the Bulldogs will host the Stratton Liberty Knighted Eagles at 5 p.m. and on Saturday January 25th they will host Sedgwick County at 3 p.m.
Girls
The Otis Lady Bulldogs traveled to Bethune to play the Lady Bobcats on Friday January 17th. After a very competitive first quarter where the Lady Bulldogs were down by one, they turned up the heat. Otis only let one point by them in the second quarter while scoring nine points. The third quarter was a continuation of the point lead. Otis outscored Bethune by five points, but was outscored by three in the fourth quarter. The final score was 27-18.
The Lady Bulldogs will host the Stratton/Liberty Lady Knighted Eagles on Friday Jan 24th at 4 p.m. The will host Sedgwick County on Saturday January 25th at 2 p.m.