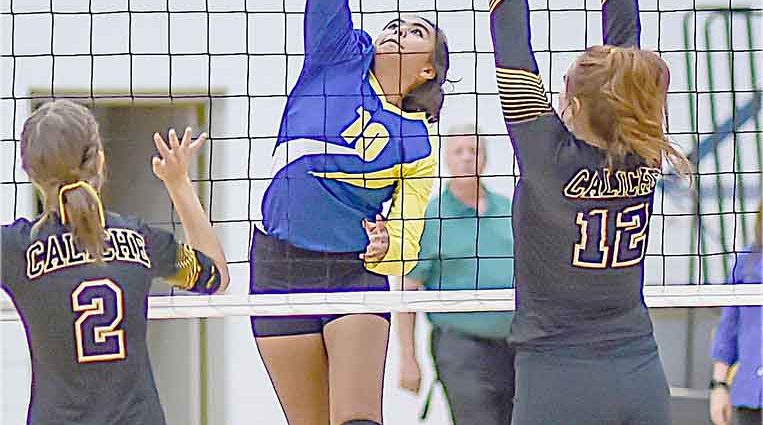 Otis High School’s volleyball team will be looking to pick up some wins this week after a challenging start to its season.
The Bulldogs hosted Wray this past Tuesday in its home opener, and hosts Idalia on Friday, before traveling to neighboring Lone Star on Tuesday, September 7.
They opened the season last week with five matches over two days, going 1-4 in the process.
Otis traveled to Weldon Valley in Weldona last Friday, taking on then top-ranked Merino first, losing 21-25, 15-25 and 15-25. (Merino is now ranked second in 1A behind Fleming.)
The Bulldogs then took on Weldon Valley, losing in four sets. They pulled out the first one, 25-23, but were swept after that, 17-25, 14-25 and 17-25.
Otis traveled to Sterling in Saturday for the NJC Tournament.
The Bulldogs first placed Dayspring Christian, ranked No. 6 in Class 2A. They lost 13-25, 10-25 and 18-25.
They claimed their first win of the season in the next match, sweeping past Caliche 25-19, 25-16 and 25-13.
However, they then ran into Holyoke, ranked No. 9 in 2A, in the day’s last match. They played the Dragons tough but still fell in three sets, 24-26, 15-25 and 24-26.
Otis statistics were not available at press time. 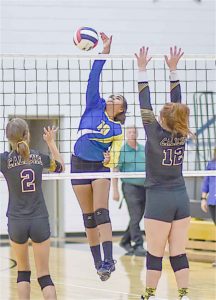 ARICKAREE/WOODLIN
The Arickaree/Woodlin volleyball team is picking up the pace this week following a long delay after its season opener.
The Indian Mustangs opened August 24 at home against Genoa-Hugo/Karval, losing in straight sets. They return to action today, September 2, hosting Hi-Plains. They have two matches on Saturday against Class 2A schools Burlington and Wray.
Arickaree/Woodlin opened against a Genoa-Hugo Karval team that is now ranked No. 9 in 1A. The home team lost 19-25, 21-25, 10-25. Statistics were not available.