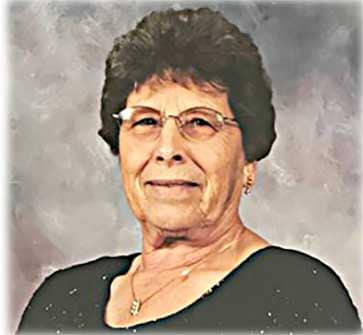 Alma left for her place with God on June 26 peacefully, with her daughter Barbara Northcutt at her bedside.
She was born at home on the family farm in Rawlins, Kansas to James and Jenny Bowland. As a young girl her family moved to Wray, Colorado where she attended most of her public schooling.
She married her first love, Carroll McKinney, and settled with him on the family farm south of Wray. Alma was a loving and supportive mother with a huge heart. Carroll and Alma raised four children: Daniel, William, Barbara and Marlys, all of which attended their public-school days at Armel and Idalia. Unfortunately, Carroll passed at the young age of 59 after a long battle with cancer.
Alma remarried to Lee Dickson, also a lifelong farmer from Vernon who had lost his wife from cancer. She really enjoyed and adored her stepfamily as they so gracefully accepted her as a grandmother. After almost 18 loving years of marriage to Lee, she lost him from cancer as well.
Alma moved from the farm to Brush in 2001 near her daughter Barbara where she resided for the rest of her days.
Alma’s lifelong passions were her many grandchildren and great grandchildren, vegetable, and flower gardening, sewing and collecting dolls. Alma was a faithful member of the Nazarene Church for 50+ yrs.
She is survived by four sisters, three children, many grand and great grandchildren and a large extended family of friends, relatives, and fellow Christians.
Alma was a very special soul and was loved by family and many friends. She is dearly missed and will always be remembered and in our hearts.
In lieu of flowers, the family ask that any donations on her behalf be made to Alzheimer’s & Dementia charities of choice.
A Memorial service was held on Saturday, August 14, 2021, 10 a.m. at the Schmidt-Jones Funeral Home in Wray, Colorado. Inurnment was in the Grandview Cemetery in Wray, Colorado.
Cremation was requested. Schmidt-Jones Funeral Home is in charge of arrangements.