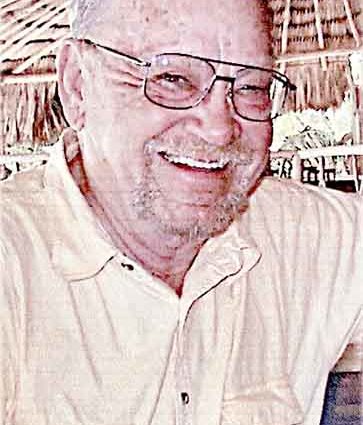 Billy Frank Chapman, 81 passed away May 21, 2020. He was born July 21, 1938 to William E. and Beulah Anna (Wells) Chapman in Wray, Colorado and was the sixth of eight children.
He attended grade school at Wildcat School south of Eckley and graduated from the 8th grade from Champion Valley. He attended Snyder High School and then entered the Air Force on March 6, 1957 and was honorably discharged in October of 1959.
He was baptized in October 1959 at the Methodist Church in Denver, Colorado.
He married Janyce Funk in November 1959 and to this union were born David Wayne and Deanyce Larue, after the dissolution of their marriage; he met and married Patricia (Highberger) Chapman on September 7, 1984.
Bill worked in construction until he was injured in a construction accident in November of 1984. He was a very talented woodworker and enjoyed building beautiful furniture.
He especially loved spending time with his children and grandchildren. He was an avid hunter and fisherman and liked to play cards. Aside from the great outdoors, one of Bill’s favorite and most notorious avocations consisted in the presence of friends and family; conversing over a chilled glass of Canadian Mist and water. He was also a big Denver Bronco and Rockies fan.
He is preceded in death by his parents, brother, Dearld Chapman; sisters, Ramona Crownover and Earlene Ferguson.
Left to grieve his passing are his wife, Pat; children, Dave of Huma, LA and Deanyce (Rick Smith) Howard of Spokane, WA; step-children, Marty (Carla) Highberger of Maxwell, NE; Toni (Rick) Swanson of Rye, CO; Jeff (Sandy) Highberger of Wray, CO; and Shane (Kathy) Highberger of Ft. Morgan, CO; sixteen grandchildren and twenty-one great-grandchildren; brothers, Marian Chapman of Wray, CO and Keith Chapman of Vacaville, CA; sisters, Betty Briggs of Loveland, CO and Mary Hickman of Yuma, CO and many nieces and nephews and friends.
A Memorial Service will be held on Saturday, July 25, 2020, 10:00 a.m. at the Schmidt-Jones Funeral Home, 427 Adams Street, Wray, Colorado with Pastor Ben Wentworth officiating. Memorials may be made to the Bill Chapman Memorial Fund, c/o Wray State Bank, 300 Clay Street, Wray, Colorado 80758.
Schmidt – Jones Funeral Home is in charge of arrangements.