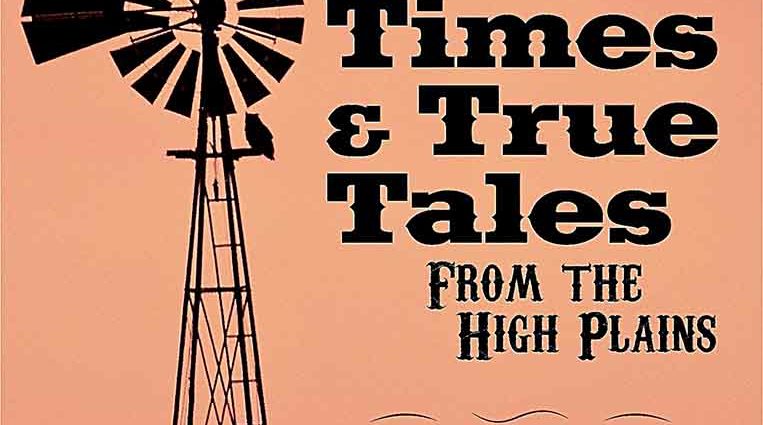 It turns out Yuma County and the whole region played a fascinating role in the settling of the Old West in the 19th Century.
“The craziest part, which is almost ironic, is we didn’t learn about this stuff in school,” Matt Vincent said. “The truth is a lot of that stuff happened right here.”

The Yuma native, who lives on a farm with his wife Robin near Hyde between Yuma and Otis, has published a series of fascinating short stories titled “Wild Times & True Tales From The High Plains” focusing on northeast Colorado and the neighboring areas in Kansas and Nebraska.
Perhaps someday it could be incorporated into area schools’ curriculums.
The short stories cover battles and other key moments in the settlement of the Old West, signaling the end of the nomadic Native American tribes that had traversed this region for centuries, plus much more.
“The crazy part is Custer chased Roman Nose (who died at the Battle of Beecher Island, also covered in the book) from western Kansas into northeast Colorado, which is something I never knew,” Vincent said.
Ever wonder why everything around here is in perfect squares, and towns seem to be the same distance apart? Well, Vincent explains it in one section, somehow making surveying interesting.

He also has sections about some of the interesting people that lived in these parts in the early days: “There were some bad people around here.”
Vincent’s book also tells the story of a tragic wheat fire near Yuma last century.
“Overall it was a labor of love,” he said.
Matt, the son of Jim and Millie Vincent, grew up reading about Cheyenne and Arapahoe tribes, as well as others, from his father’s personal library, as Jim passed along his love of history. He graduated from Yuma High School, then earned a degree from the University of Colorado School of Journalism in 1980. He started out writing for a suburban weekly newspaper in the metro Denver area. In 1983 he was named as one of Colorado’s best feature writers by the Colorado Press Association.
He became an accomplished outdoor writer for the Houston Post and a wide variety of outdoor hunting and fishing publications. He was named the nation’s top outdoor communicator by the American Sportsfishing Association in 1999 while leading B.A.S.S. Times, a sister publication to Bassmaster Magazine.
After retiring, and moving back to Yuma, he got into photography and historical writing. While on the Yuma Museum Board of Directors, his historical pieces about the Yuma area frequently appeared in The Yuma Pioneer.
He said he began working on “Wild Times & True Tales” in March 2020, just as the COVID-19 pandemic hit the United States. He said he found it interesting that he received his first dose of the COVID vaccine last week on the same day he to Longmont to collect copies of the book from Steuben Press.
In between, there were months of doing research. It included spending more than one week in Washington, D.C. at the National Archives and U.S. Library of Congress. Vincent said he was there from opening to closing each day.
“Some of the stuff you could access just blew my mind,” he said. “It’s amazing what’s there in Washington, D.C. about our area.”
The book is almost completely a local effort. Most of the illustrations were done by Brigitte Shafer, who lives with her family on the farm between Otis and Akron in Washington County.
Vincent said he just happen to come across Shafer’s work on Facebook. Impressed with her work, he asked her to do the drawings.
“I just went ‘Holy cow, this lady is awesome,’” Vincent said. “We just met last week for the first time face-to-face.”
Shafer’s work has never been published and has never had a public display.
However, that is going to change as she will be the featured artist at The Orphanage in Yuma in May. The opening day also will feature a book signing by Vincent.
George Custer — of the infamous “Custer’s Last Stand” in South Dakota — plays a key role in some of the short stories in “Wild Times & True Tales.”
Custer is the main character in Vincent’s next book. He said he already has written 240,000 words and is not done yet.

“It will be way more substantial than this one,” Vincent said.
Turns out Custer has quite a history in northeast Colorado and the surrounding region. Despite his lifelong love of local history, Vincent said he had no idea about Custer’s adventures in this area.
At least not until he got a call one day from Jim Brophy. The lifelong Yuma-area resident, who passed away last year, said he wanted to learn more about the “Custer Trail.”
It turns out Brophy had found a saber from the Seventh Calvary in one of his pastures north of Eckley. There was an identification number on the hilt, and Vincent was able to confirm it had been with the Seventh Calvary through records at the National Archives.
One can learn a lot more about the Custer Trail through Yuma County and northeast Colorado, in Vincent’s next book.
For now, sit back and enjoy the fun collection of short stories Vincent has compiled for “Wild Times & True Tales From The High Plains.”

How to get the book
For now, there is one copy of “Wild Times & True Tales” at the Yuma Public Library, though Vincent said he can supply more if demand calls for it.
One also can simply purchase their own copy for $14.95, plus $5 shipping and handling. Mail a check or cash to Plainview Publishing, PO Box 14, Yuma, CO 80759.