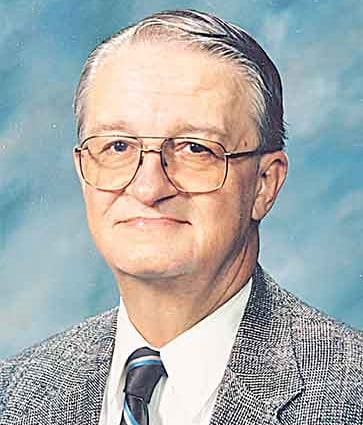 “An extraordinary life is made of thousands of amazing moments.”

Charles Elden Pfalmer, long time educator, devoted Yuma Indian fan and our “Bubba,” as he was called by his grandchildren, passed away on January 4, 2020 with his family by his side after a long battle with Alzheimer’s disease.

Charles was born to Nettie and Arthur Pfalmer on August, 9, 1937 along with his twin sister Murry Ellen. As a young boy, Charles was an avid reader and excelled in school. He loved sports and enjoyed keeping score at local high schools and Trinidad State Junior College games, and so began his love for keeping statistics for sports teams. Charles attended school in Trinidad and formed lifelong friendships as he was a member of the “Shy Casanova Club” with his buddies. Charles graduated from Trinidad High School in 1955. He then attended Trinidad State Junior College and continued on to Adams State College graduating in 1959 with a degree in secondary education. During this time, he enjoyed spending his summers working for his Uncle Ed and Aunt Lavinia at Monument Lake Resort, a place he always cherished.

Charles and Margaret (Dolly) LaDuke developed a friendship cruising the streets of Trinidad with dear friends. Down the road the relationship grew and after her college graduation Charles persuaded her to move to Yuma in 1963. The married in 1964 and the union was blessed with two children, Betholyn and Garret. The cherished 55 years of marriage.

Mr. Pfalmer accepted his first teaching position in Olathe, Colorado where he taught for two years. He continued his long journey in education when he arrived in Yuma in 1961. He began teaching Government, English, Journalism and History. He and his students published the Smoke Signals and the Pow Wow newspaper. His signature everyday look was full suit, starched white shirt, tie and dress shoes that were shined weekly as he expected and received respect as he walked the halls of YHS for 36 years. He loved teaching and influenced many lives throughout the years.

Besides his classroom activity he is best known for his great love and support of the Yuma Indians! Family life events were always planned around the Yuma Indians sporting events. Charles kept stats for over 350 consecutive football games never missing a play, tackle or yard. He spent hours on his typewriter every Saturday morning typing up the information for the coaches and players. He was an official scorer for girls and boys basketball, wrestling, softball, baseball and track for decades at the local, regional and state levels. His true love was evidenced by threats of technical fouls from the referees for his occasional eye roll, shake of the head and under the breath comments about the call. Charlie enjoyed his long time friendships with fellow teachers and coaching staff including, Ernie Stumpf, Gordon Starbuck, Jerry Callahan, Bill Kalb, Jim Hess, Larry Siemonsma, Bill Schmidke, Clayton Wilshusen, Steve Lindgren and Al Lear. As the saying goes, he found his tribe and loved them.

Charles had a passion for collecting political memorabilia, reading, memorizing facts and dates, completing crossword puzzles, watching sports, fishing and playing hide and seek with his grandchildren. Throughout his life he received many awards and recognitions. Among these were CHSAA Local Distinguished Service Award, State House of Representatives recognition as Outstanding Educator, 50 Year Member of Phi Delta Kappa, Citizen of the Year and Chairman for the Yuma County Democratic Party.

Charles was preceded in death by his parents, Arthur and Nettie Pfalmer, brothers, Art, Don, and Richard and sister, Lucille, as well as sister-in-laws, brother-in-laws, aunts, uncles, cousins and great niece.

He is survived by his loving wife, Margaret, children Betholyn (Eric) and Garret (Brandy). Grandchildren who will miss their Bubba, Tatum, Luke, Quaid and Crew Pfalmer and Lexi and Brody Guinn all of Denver. Twin sister Murry Ellen, Sister-in-laws Iva Jean Pfalmer and Beth Pfalmer and many nieces, nephews, cousins and friends.

He will be missed.

A Celebration of Life will be held on Sunday, January 19, 2020 at The Orphanage Automotive Themed Gallery Space, 300 S. Main Street, Yuma, from 2:00-5:00 p.m. The wearing of Yuma High School colors is encouraged.