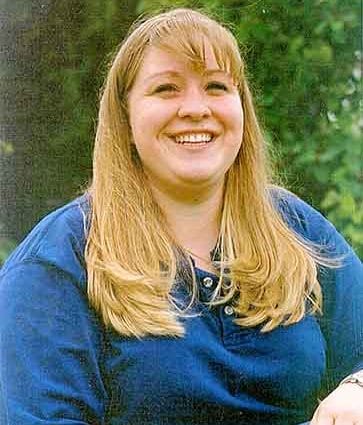 Heather Elizabeth Berghuis left her family and friends broken hearted on January 4, 2020 when she went to her heavenly home at 38 years old. Heather went to Crayon College Preschool and attended all Yuma Schools, graduating with the class of 2000. Heather also attended Northeastern Junior College in Sterling CO. graduating with an associate in Ag Business.

Heather was born on a snowy Sunday evening on January 3, 1982 in Yuma, Colorado to Sharon Berghuis who had the honor to love her and to be her mom. Heather started her life in Eckley, Colorado with her Mom, Grandpa Pete and Grandma Mary Berghuis. Heather learned a lot from her Grandpa Pete. She had a hammer in one hand and a tape measure in the other following Grandpa around saying “Me do!”. She and Grandma Mary made many cookies, cakes and Heather had her finger in Grandma’s bread dough all the time. Aunt Beth and Uncle Kirk were on hand to spoil her and that they did! In 1998 Heather became a big cousin to two girls and soon followed a boy cousin. In 1990 Sharon married Joe (Ashton) Ferguson. Heather gained more cousins, two Aunts, two Uncles and Grandma Pinky Ferguson, they loved each other and bonded over garage sales and Grandma Pinky’s blinged out sandals also Heather was sworn to secrecy on Pinky’s secret ingredient in her Ranger Cookies. February 15, 1991 Heather became a big sister to Holden, she was over the moon and very proud of her little brother. She took her role as big sister seriously by protecting him and teaching him all the things a big sister should. In 2001 another boy cousin joined the Berghuis family. This completed the Berghuis six pack. Heather took her job as a big cousin very seriously, got them in and out of trouble as older cousins should. Heather had a soft shoulder to cry on and would provide advice for them whether they wanted it or not. Heather loved family.

Heather treasured the country life and small town living and Eckley was her town. Heather had a corner of Eckley where she put her own home and roots down. You could see her volunteering on Eckley clean up day, helping out the Community Center with the Rocky Mountain Oyster Fry, the Cajun Boils and Eckley Vacation Bible School. Old Settlers was a favorite time of the year for her. Anything that was going on you can bet Heather was close by. Because of this Heather has an amazing “Eckley Family”. In 2005 Heather received the Eckley Community Award also was given a Tiera by Clayton Morgan that she proudly wore for the day.

Heather’s smile and contagious laughter will forever be remembered and truly missed.