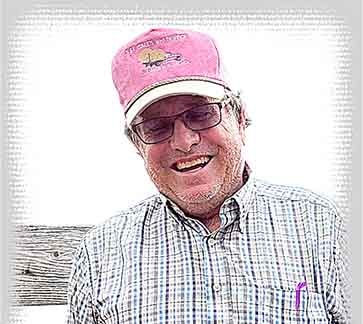 Clayton H. Roundtree was born on August 28, 1953 in Wray, Colorado to Max and Wilma Rose Roundtree.
He had two older sisters, Karen McCasland and Minnie Shurtleff. They grew up on the family farm south of Eckley, where he helped grow dry land crops, raise cattle and helped on the family dairy. He especially enjoyed shocking cane! He began school in Eckley until transferring to Yuma for High School. While in High School he was an All-State athlete in football and basketball, he was also very active in FFA and track. While in high school he met his forever sweetheart Debra Hemphill, together they graduated in 1971. He went on to NJC and CSU to earn a degree in Ag Education in 1975.
On August 25, 1974 he and Debra Hemphill were married in Yuma, Colorado. He worked for a year at Yuma High School as an Ag teacher, where he met his lifelong friend Bill Runge, as they were co-Ag teachers. After a year of teaching Clayton and Debra started a farming and ranching career, where they put up countless acres of hay and put together a ranching operation that would continue to grow for years. Clayton made a name for himself as a cattle buyer.
In April of 1982 they welcomed a baby boy Heath. Clayton coached Heath and his friends in baseball and basketball, taking them to many tournaments and winning many championships. Once Heath was in High School, Clayton and Debra could be found at all of Heath’s sporting events cheering him on as his biggest fans. After Heath graduated college Clayton and Debra welcomed him back to the family ranch, where they formed a partnership called Roundtree Livestock.
In 2006 Heath married Tiffany Armagost, they have two children Mesa Rose and Jacob Wendell (JW), who forever changed Clayton’s name to Papa! Papa loved to take his grandkids on horseback rides, using sorting sticks to sword fight with JW, doing his Papa’s crazy dance for Mesa, and cooking them Papa’s famous eggs!
Clayton passed away tragically in an automobile accident on August 4, 2020 at the age of 66. He is preceded in death by his parents Max and Wilma Roundtree, his father-in-law Dr. Richard Hemphill, and his brother-in-law Dick McCasland.
He is survived by his wife Debra Roundtree, son Heath Roundtree, wife Tiffany, and grandchildren Mesa and JW Roundtree, his sister Karen McCasland and her five children, his sister Minnie Shurtleff, husband Kent, and their two children.
A memorial service was held on August 14, 2020 at 10:30 A.M. at the Eckley Community Building. Inurnment followed at the Eckley Cemetery. Pastor Paul Brunner Officiated the service and Baucke Funeral Home was in charge of the arrangements.