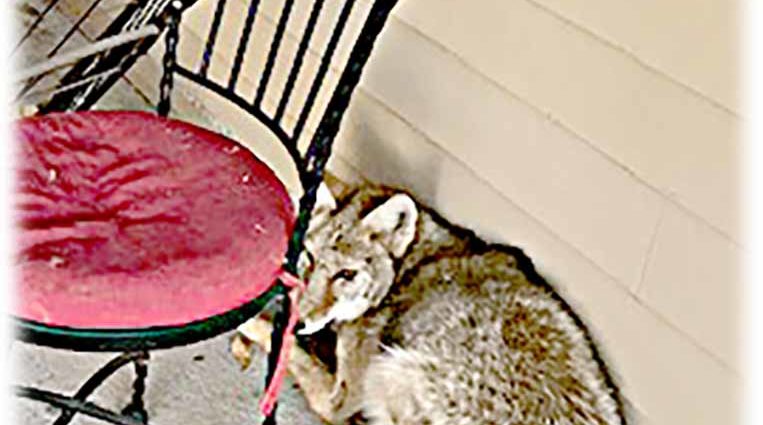 Coyote was found in town

Vanessa Vaile had quite a surprise when she looked outside last Thursday morning.
There was a coyote lying on her porch at the High Plains Manor.
Vaile took some pictures and called animal control. It was then decided to call in the Colorado Division of Wildlife. Officer Josh Melby arrived and captured the coyote, which Vaile reported obviously was not enjoyed by the coyote.
Melby it looked like the animal had probably been hit by a vehicle, finally finding a resting spot on Vaile’s porch. Melby said he had to euthanize the coyote.
The officer said it is uncommon for a coyote to be in the middle of town like that. He noted there are quite a few on the outskirts of town (as anyone who has heard them howling at night can attest), and some of them will occasionally venture into town at night.