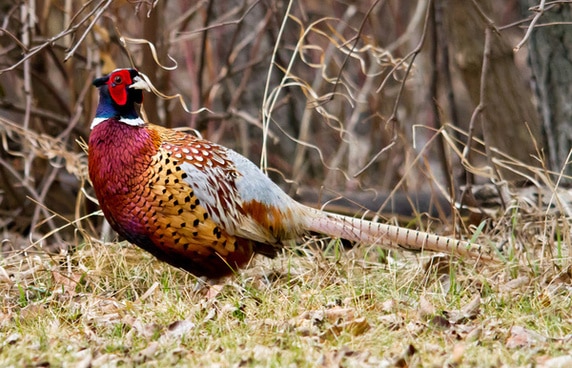 Birds might be harder to find but there likely will be plenty of hunters in the area this weekend for the opener of the 2020-21 Pheasant Season.
Division of Parks and Wildlife Officer Josh Melby said he expects a large turnout, judging from participation in other recent hunting seasons.

“We’re probably going to see as many or more hunters than usual just because people want a way to get out and do something,” he said.
The Nelson Inn and Harvest Motel both report they have full reservations for the weekend, despite the ongoing threat of COVID-19.
Melby reported the annual count revealed the region’s bird population is a little above average. Unfortunately, cold snaps around hatching time resulted in last spring’s hatch significantly down from previous years throughout northeast Colorado.
People are going to find birds out there, but probably not as good as in the last two to three years,” Melby said. “They’re going to be hard to find in some spots, and in other spots there will be plenty.”
He added around the Yuma area itself, especially south of Yuma, has experienced a severe drought for two years, impacting the pheasant population.
“We’re quite a ways below average,” he said.
However, there should be plenty of areas for hunters. Walk-in access land remains plentiful. Melby said the program has lost some big grass areas recently as the land comes out of CRP, but that has been offset by many farmers signing up to plant habitat in the corners of irrigated fields.
The early corn harvest also has cleared the way for more hunting site. Melby said he wanted to remind hunters to get permission before hunting in private land.
Melby said there are phone apps available now to assist hunters. One provides a downloaded map of walk-in access locations, and another app shows ownership of private land so the hunters know who to contact about getting permission.
The birds probably will not be bunching together as much this weekend as the weather forecast, as of earlier this week, called for a high of 60 on Saturday and 49 on Sunday, with no chance of snow. It is supposed to be windy, however.

Pheasants Forever Banquet
There will be a different kind of Yuma County Pheasants Forever Banquet this year.
The banquet still is planned for Saturday, the first day of the Pheasant Season. However, it will not be anything like past banquets.
It will be a drive-thru event at the Irrigation Research Foundation farm, from 11 a.m. to 2 p.m. A packaged to-go barbecue meal will be available on a first-come basis until the food runs out. The cost is $10 for adults and $5 those 12 and under. One can get an adult membership in Pheasants Forever for $35, and a youth membership is $15. Both enters one for a chance to win a gun.
There also will be stations where one can drive-thru and buy chances to win guns, hunting equipment and other prizes. All winners will be drawn and notified by 4 p.m., and can pick up their prizes in Yuma after that time.
Yuma County Pheasants Forever is hoping to at still raise some funds for local projects.