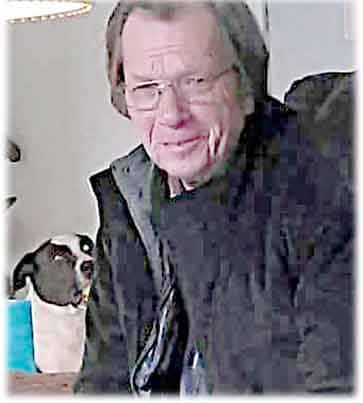 Daniel Eugene Snook was born November 30, 1949 in Atchinson, Kansas.
He was the son of Charles (Bud) and Marcia Snook. He passed away on December 24, 2020, at the age of 71 at MCR with his family by his side.
He attended Yuma Schools through his Junior year. His family then moved to Boulder, Colorado where he received his GED.
In July of 1968, Danny married Cindy Lee Brandner. To this union two daughters were born, Melissa Beth in 1969, and Cassandra Mae in 1972. Dan worked for Ray Corman in Yuma, Colorado.
Later working at Longmont Farm Supply in Longmont, Colorado. He was currently employed at Universal Tractor in Lakewood, Colorado.
He is preceded in death by his parents Bud and Marcia Snook, his father and mother-in-law Edwin and Martha Brandner.Grandparents Gerald and Olive Scott, Lawrence and Minnie Snook and son-in-law John Lucero. Brother-in-law Bill McMurphy and sister-in-law Joan McCracken.
He is survived by his wife Cindy, daughters Melissa and Cassandra all of Longmont, Colorado. Grandkids Donovan (Allison), Miranda (Orlando) and great-grandkids Lucy, Dominic and Isaac. Siblings Diana (Lee) Sauers, Don (Sue) Snook, Sheri (Ernie) Barnes, and step mother Judy Snook. Sister-in-law Delores Pixler and MaryLou McMurphy, brother-in-law Jack McCracken along with numerous nieces and nephews.