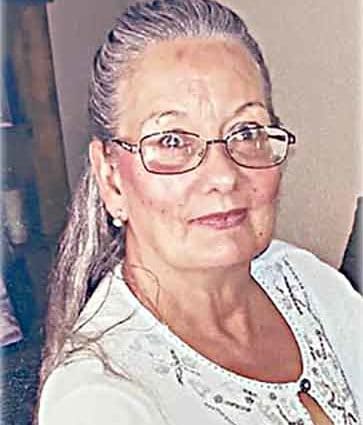 Linda Kay (Lambert) Penton was born July 16, 1955 to Berl and Delores Lambert. She left this life to be with her Lord and Savior, Jesus Christ, on December 19, 2020. Linda was born in Yuma and was the second of four children.
As a child, she enjoyed spending most of her time riding and being with her horses. Her passion of barrel racing resulted in many trophies. She graduated from Yuma High School in 1974. At the age of 23, Linda became a mother on January 1, 1979 to Mindy Jo Bristow. On January 18, 1982, Linda had her second child, Aaron Jay Waitman. Eight years later Linda’s third child, Adam Kyle Penton, arrived on February 2, 1990. Kimberly Nicole Penton came last on July 27, 1992.
My mom moved back to Wray in February of 2011. I believe my mom’s greatest accomplishment, one that is overlooked by so many of us, is her love and devotion to Jesus Christ. Pursuit of Him allowed her to overcome things that this world could not provide relief from. With prayer, company of grandkids, or a story about her younger two children, Kim and Kyle, Linda received relief from her daily battles.
“I have fought the good fight, I have finished the race, I have kept the faith.” 2 Timothy 4:7. Good job finishing the race, Mom! We will see you again!
Linda was preceded in death by her father and mother, Berl and Delores Lambert and daughter, Mindy Bristow.
Linda is survived by her children, Aaron (Amy) Waitman, Kyle Penton, Kim (Raul) Gomez and grandchildren, Jeremiah Saider, Lexi Bristow, Gage, Cole, Keeli, Samuel, Ethan and Josie Waitman, Aubrey and Walker Liming, and Addison and Emilio Gomez, brothers, Gail and Joe Lambert and sister, Cathy Bushner.
A Memorial service will be held on Thursday, December 31, 2020, 2:00 p.m. at the New Life Christian Center in Eckley, Colorado with Pastor Glen Kline officiating.
Inurnment will be held in the Yuma Cemetery in Yuma, Colorado at a later date. Memorials may be made to the Linda K. Penton Memorial Fund, c/o Yuma County Credit Union in Wray, Colorado 80758.
Schmidt-Jones Funeral Home in Wray, Colorado.