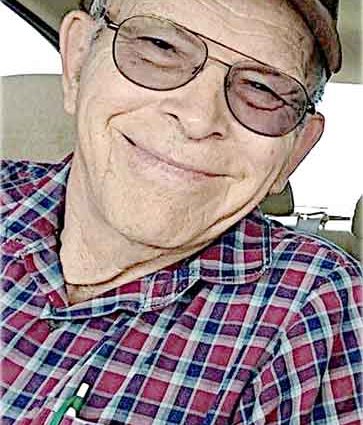 Doyle Lee Beverly was born December 9, 1933, at Yuma, Colorado. He lived on a ranch and attended country school until going to high school at Yuma High School. He was an all-conference lineman for the Yuma Indians his senior year. After graduation he continued to work on the ranches and for neighbors. He worked for Amerada Petroleum Company from Oklahoma to Montana.
Doyle was drafted into the Army and spent two years at Fort Lewis, Washington and Anchorage, Alaska. Doyle and Geralyn were married on July 3, 1963, in Riverton, Wyoming. Shortly after the wedding they moved to Glendive, Montana where he was hired by Montana Dakota Utilities Co. as a lineman. He retired after 33 years at this work. He and Geralyn retired to Edmond, Oklahoma in 1997.
His hobbies were photography and bowling. He taught all of his children and grandchildren his love of bowling. Doyle liked to go to coffee at the local cafes. He served his church in various capacities driving the Tealridge activity bus for many years and serving on the benevolent committee. Once a week he also replaced cards in the pew holders from 1997 to 2020.
He is survived by his wife, Geralyn, a daughter, Donna Ashpole of Edmond, Oklahoma, and a son, Ronald Beverly of Olympia, Washington. Also surviving are six grandchildren. He has one surviving brother, Delmar Beverly of Denver, Colorado and nieces and nephews. He is preceded in death by his dad, James Beverly, his mother, Irene, and three brothers, Kenneth, Howard, Dwight, and his identical twin, Dale.
A memorial service will be held at 10:00 a.m., Saturday, July 18, 2020 at Memorial Road Church of Christ in Edmond, OK.