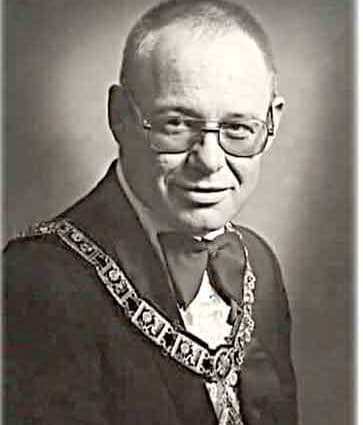 Donald Roger Wisdom, known to most as Don and some as “Wizzer,” passed away on Sunday, June 28, 2020 at the North Colorado Medical Center in Greeley, Colorado. He was 77.
Don was born to William Lawrence and Jessie Opal Earl Wisdom on December 16, 1942 at the Wray Hospital. He was the baby of the family and was welcomed home by his siblings, Dick, Dale, and Carol. He grew up on the family farm north of Wray and moved to town when his father’s health declined.
Don attended Mount Hope School District 141 until the 4th grade and continued his education in the Wray Schools. Don attended Wray High School, where he was Student Body President and was named “Head Boy” and “most likely to succeed.” He was active in sports, FFA, and Student Council. He graduated in 1961 and went on to college at Mesa College in Grand Junction, Colorado. He later transferred to Colorado State University.
On March 29th, 1963, Don married Vicki Lee Knoles of Benkelman, Nebraska. To this union were born two daughters, Dawn Raye and Denise Renee.
Don worked hard all of his life. He started with farm work, helped his brother-in-law haul watermelons and wood chips, worked for Carson Aerial Spraying, stocked grocery shelves, worked as a Patrolman for the Fort Collins Police Department, helped his wife, Vicki, run a boarding house for college boys, and even sold life insurance for Continental Investors Life. He was working construction, while attending CSU and studying Agronomy. At the crossroads of work and studies, he found that construction paid better, so that became his life’s pursuit of more than 50 years.
The family moved to Wray, Colorado in 1970, where Don started out selling life insurance and ended up building his own business, Wisdom Construction, which later became Hilltop Construction.
Don was an active member of the Wray community. He was a Jaycee, a volunteer fireman, a mentor to the police department, and an active member of the Wray Elks Lodge, where he also served as Exalted Ruler.
He liked to garden, fish, hunt, and gamble. And yes, he did make the bus wait in Elko, Nevada.  He had to collect his winnings!
Don never knew a stranger. If he met you, he knew you! He had a way of creating friendships and will be deeply missed.
Don was preceded in death by his parents, Lawrence and Opal Wisdom Newbanks, and his step father, Spencer Newbanks, his brothers and their spouses Dick and Lois and Dale and Eunice Wisdom and his sister Carol and her husband Darrel Oakley.
Don is survived by his daughters, Dawn (Brent) Evans of Haigler, Nebraska and Denise (James) Herman of Greeley, Colorado, his adopted daughter Margarita Baeza of Grand Junction, Colorado, his longtime girlfriend, Elaine Bock of Wray, his grandchildren, Sandra (Austin) Renfro of Hastings, Nebraska, Nicole (Burak) Cifci of the Netherlands, Logan Evans of Lincoln, Nebraska, Jesse Evans of San Diego, California, Lexi Herman of San Francisco, California, Maci Herman of Greeley, Colorado, and his great grandchildren, Harrison and Warren Renfro of Hastings, Nebraska. He is also survived by countless extended family members, friends, co-workers, and classmates.
There will be no funeral service as cremation was requested. There will be a celebration of life on Saturday, July 18th from 9 to 11 AM at the Rainbow Park in Wray, Colorado. In light of Covid 19 protocols, attendees are encouraged to bring their own snacks and/or drinks, a lawn chair, and memories.
Schmidt-Jones Funeral Home was in charge of arrangements.