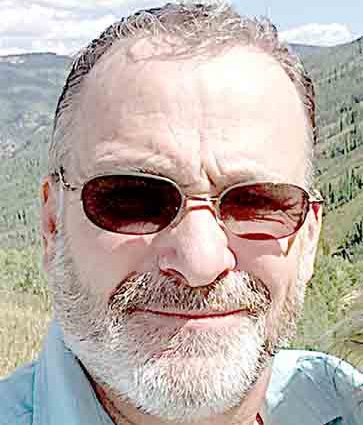 Weaver makes it to November’s ballot

Republican Scott Weaver will get his chance to knock off long-time Democrat incumbent Dean Wingfield for the Yuma County Commissioner District 2 in November.
Meanwhile, U.S. Senator Cory Gardner of Yuma will be challenged by former Denver mayor and Colorado governor John Hickenlooper.
Those were the results laid out in the only contested races on the Yuma County ballots in the 2020 primary election that came to an end this past Tuesday, June 30.

Weaver and Chris Wood squared off on the Republican ballot for District 2, with Weaver receiving 56 percent of the votes, 1,120 to 870. Wingfield ran unopposed on the Democratic side, receiving all 433 votes.
The primary election also officially set a race for Yuma County Commissioner District 3, as long-time Republican incumbent Robin Riley ran unopposed, as did Democratic challenger David Blach.
There is a chance there will be more candidates in the commissioner races.
Unaffiliated candidates Phil Riggleman in District 3, and Betsy Blecha and Mindy Whomble in District 2 must get at least 153 valid signatures of registered electors within the county to get on the ballot. The time frame has been changed due to COVID-19 and Governor Jared Polis’ orders. The candidates now have until July 27 to gather the signatures.
Besides the Republicans Commissioner District 2 race, the only other contested race on the primary ballots came on the Democratic side between Hickenlooper and Andrew Romanoff for U.S. Senator. Hickenlooper beat Romanoff in Yuma County with 56 percent of the vote, 303-237, and also won statewide despite recently being found guilty of violating Colorado’s ethic laws while governor.
Gardner will have a battle on his hands against the popular Hickenlooper in a state that has that has veered more and more toward being a Democrat-leaning state in recent years.
Results reported here are unofficial; final results will be released later in July.