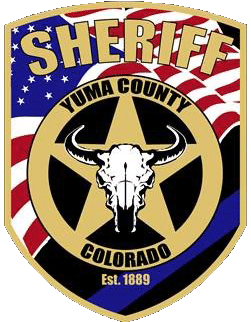 Thefts on the rise in Yuma County

Thefts are on the rise again in Yuma County, and the Sheriff’s Office is encouraging everyone to take extra precautions in securing their belongings.
Sheriff Todd Combs reported a wide variety of items are being taken, such as ATVs, bumper pull trailers, fuel, license plates, jewelry, tools, and garden equipment such as mowers.
The YCSO recovered some ATVs stolen from an occupied farm at approximately 5 a.m. recently. The ATVs had been hidden in a tree row. Combs said he his office has not been able to identify who put them there.
The sheriff said the thieves are getting more brazen, with some of the thefts occurring during daylight hours.
The YCSO is asking citizens to please take the keys out of ATVs, lawn mowers, cars, trucks and other equipment, as well as invest in a way to lock the coupling mechanism on bumper pull trailers.
Citizens are encouraged to check their off-site storage locations regularly and keep them locked.
Country residents are asked to be aware of the normal traffic pattern around their place. If one sees anything out of the ordinary, please write down license plate numbers and vehicle descriptions if possible.
That is because the YCSO stated the thieves are scouting out locations to come back to later.
Sheriff Combs expressed the belief the thieves are local residents. He said his office has some leads, but finding ways to build a strong case has been a challenge. The sheriff also said it also is the same thieves that have been hitting the county off and on over the past year or so, but the activity definitely is on the uptick again.
One can contact the YCSO at 332-4805.

Body found in Phillips County
The Phillips County Sheriff’s Office has reported it found a body in June.
Sheriff’s Deputies responded to a report of a body with a gun in an abandoned building. Deputies discovered a mummified unidentified white male deceased at an abandoned farmstead near County Road 57 and CountyRoad 40 on June 13, 2020.
It appears that the male died from a firearm wound to the head. Body had no identification and no vehicle was found near the location. A canvass of surrounding counties has been conducted, which resulted in no missing persons.
CBI was contacted for crime scene assistance and the investigation is ongoing until the person is identified, family members are contacted, and reasons for the fatality are determined. A forensic autopsy has been performed and results are pending.
Anyone with any information is asked to please contact Undersheriff Beard at the Phillips County Sheriff’s Office at 970-854-3644.