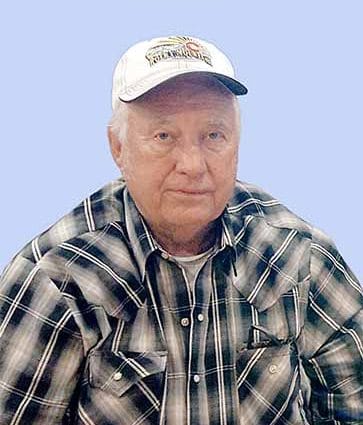 Eldon Eugene Rogers was born October 12, 1941 in Yuma, Colorado. His parents were L G and Esther Rogers. His family made several moves before settling in the Kirk community. Eldon attended school there and graduated from Liberty High School in 1961. He participated in sports, and had many interests. He enjoyed working with his hands, building items with wood and iron. He was an artist, working with many different mediums. He loved the outdoors, enjoyed hunting, fishing and traveling. In other words, he was a man of many talents and a master of most.
After graduation he worked road construction for a short time in Wyoming. He returned to Colorado and began a construction career as a Laborer in the Denver area. He was a hard worker and always a dependable employee. He helped to build homes in the Northglenn area where he eventually settled. From building homes, he transitioned to commercial sites. I cannot begin to identify all of them, but here are a few; numerous water and sewage treatment plants throughout the Denver and Front Range area, Stapleton and DIA airports, Channel 7 news, Colorado General, and Presbyterian hospitals. He transitioned from working as a Laborer to being an extremely efficient and skilled heavy equipment operator. He retired after 44 years of working in the construction industry, but he never quit using his talents at home and helping others.
Eldon experienced several life changing events. He met the love of his life, Nina Soderquist, (me) in the summer of 1968. In March of 1969, he was in a car accident involving a drunk driver that took his left arm. That slowed him down, but did not get the best of him. Eldon and I were married on June 1, 1969 in Montrose, Colorado. We began our life together in the Denver area. One February night my father called and asked if we would be interested in working on the ranch. We jumped at this opportunity. We moved to Cimarron, a small community on the Western Slope of Colorado, located 26 miles East of Montrose and 40 miles West of Gunnison. Eldon used this time learning to operate his new arm and I loved working with my family. Sheep and cattle were raised on the ranch. The livestock industry kept us busy. In June of 1973, we moved back to the Denver area and purchased a home in Northglenn. I began working with Adams County School District #12 and Eldon re-entered his career in construction. Eldon retired from his construction career in 2005 and after retirement he and I traveled many miles, visiting 23 states and as many State, National Parks – Monuments, as possible. Yellowstone National Park was our favorite. Each year we tried to be in the Park to celebrate our anniversary. Sharing the wonderful sights we visited with you in our yearly “Rogers’ Newsletter”. I had trouble getting him to travel at times, however if we could design a travel plan that included Yellowstone, that trip was a go. Our last trip was in February 2020. We went to California to get a new dog. This was a fast but very enjoyable trip and Darci, our new family pet is a welcome addition to the Rogers family. These memories of our time together are precious. It will be hard to imagine my life without him.
Eldon was a people person. He loved knowing your business but “his business” was not always shared. I called him “Chatty Kathy”; others might refer to him as a nosey busy body, a good neighbor and a great friend. Many of you have memories of him and probably some are good while others are not so good. He was quite the prankster and if he could tease or torment you then he was having fun. He was a giver of humor and fun but did not really appreciate receiving this humorous medicine himself. During the 50 years we were married, I only got a joke on him once. I invite you to share your memories of him with me by email, snail mail, or by phone. I and his family will appreciate your insight.
Eldon was a son, brother, cherished husband and a devoted friend. He (my Roger), passed away on May 2, 2020, at our home with his family nearby. He was preceded in death by his parents, L G and Esther Rogers. He is survived by his wife Nina, sister, Linda her husband Malcolm, sister-in-laws Nancy Hay, Janet and Ray Harris, six nieces, one nephew and other family members.
In lieu of flowers, please consider a donation to your favorite charity in his name.