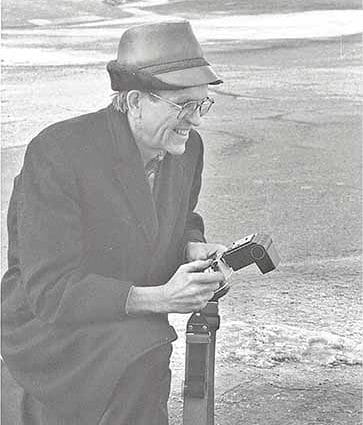 Hubert Eugene “Gene” Thomas, 88, of Kirk, died October 27, 2020, at Yuma District Hospital from complications after a fall and a long-term lung infection.
Gene was born on December 7, 1931, to Floyd and Estellene (Morrow) Thomas, in Grand Junction CO and grew up on a farm west of Mack CO. He graduated from Fruita Union High School, Fruita CO, in 1950. He attended Mesa College, Regis College, and the University of Colorado Boulder, earning a BA in psychology from CU. He also went to Linotype school in English IN and worked as a typesetter at the Grand Junction Daily Sentinel and the Montrose Daily Press, and he worked as a printer at the Boulder Daily Camera.
On May 17, 1956, Gene married Patricia Louise Kresha of Osceola NE. Beginning in 1957 he (and Pat, until her death in 1977) owned and published papers in Fruita CO, Walsenburg CO, Pleasant Hill MO, Castle Rock CO, Johnstown CO, Nevada IA (which he also printed on an offset press), and briefly in Georgetown CO, and then he started his own letterpress paper in Kirk CO, the South Y-W Star, which he published and printed for eight years, retiring in 2010. Along the way he also enjoyed doing letterpress print jobs and collecting type.
Gene was a beloved husband, father, grandfather, and friend. In addition to newspapering, he loved reading, gardening, traveling to new places, learning about new things, visiting friends, and spending time with his family and his pets, and he was always working on home- and business-improvement projects. Gene delighted in words and though he spoke only one language, he knew the meaning of almost any word in Latin, Greek, Spanish, French, or German. He had been a member of the Rotary Club, the Lions Club, and the Colorado Press Association, whose conventions he loved attending.
In addition to his wife, Gene was preceded in death by his brother, Curtis, and his sister, Kathleen. He is survived by a son, Joseph, of Kirk; three daughters, Teresa, of Fargo ND; Karen, of Fargo; and Gloria and husband Brett Beckfield, of Hummelstown PA; four grandchildren, Donegal and Connemara Higgins, of Fargo, and Spencer and Sophie Beckfield, of Hummelstown; and two great-grandchildren, Seamus and Bea Higgins, of Fargo.
No memorial service was held. The family asks that friends subscribe to their local newspapers in Gene’s honor.