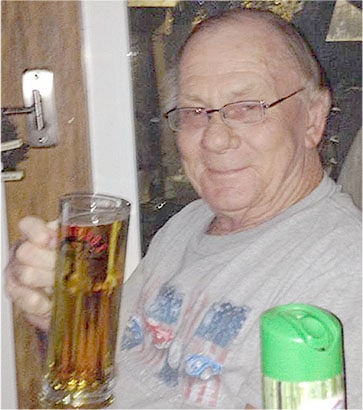 Jerry passed peacefully at his home in Hudson, Colorado on July 6, 2020 at the age of 77, with his wife Sherri by his side. He suffered from the effects of Agent Orange.
Jerry was born on August 12, 1942 to Lloyd D and Leona A Dietz Madsen in Stratton, Colorado. They made home in Kirk, Colorado.
Jerry started school in Kirk, later moving to Denver and then to Yuma until his enlistment in the United States Air Force Service in July of 1960 where he would serve for his county. Jerry served seven years in the service and spent three tours in Vietnam from 1964 to 1966.
Jerry would return home after an Honorable Discharge and attend Auto-Body school in Denver and would later master his career while working for dealerships in the Fort Morgan/Brush area before returning to Yuma and opening his own autobody shop.
While stationed in the service, Jerry learned to drive semi’s which led to his desire to become a truck driver. Jerry closed his autobody shop in Yuma and moved west where he would haul fuel for American Pride Coop in Brighton. Whether it be a Kenworth or a Peterbuilt all decked out in chrome, Jerry was on top of the world. The more chrome the better, “oh baby” as he would say.
In May of 1993 Jerry married his best friend and soul mate, Sherri Cross in Reno, NV. They made Hudson, Colorado their home. In 2002, Jerry retired and enjoyed stained glass projects and rebuilding old cars.
Jerry is survived by his wife Sherri Madsen, his companion Snowman, Brother Kenneth (wife Lynda), Brother Jim (wife Linda), Sister Carol Pfeif (husband Gene), Shawn son of Greeley, Stepdaughter Kim Longworth of Hudson (husband Kelly), Stepdaughter Tori McMechan of Nunn, Grandchildren Alyssa (husband Ross), Logan (wife Katie), Kyle, Destiny, Taylor (fiancé Jordon) and Great Grandson Jasper, several nieces and nephews.
Jerry is preceded in death by his Father Llyod, Mother Leona, son Shane, son in law James McMechan, Nephew John.