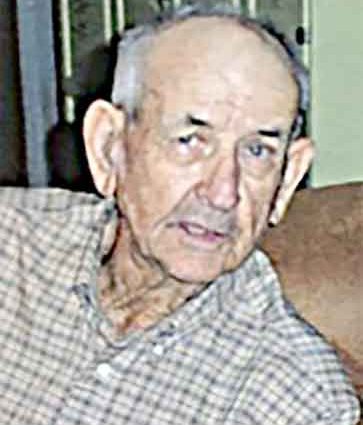 Harry Blecha was born to Joseph Frank and Mary (Dezort) Blecha on March 6, 1922 near Burchard, Nebraska. He was one of nine children, having three brothers and five sisters. He rode the train with his family to Platner, Colorado at age 3. The family moved to a ranch north of Haigler, Nebraska when he was 6. He attended a one-room school house, District 43, until 8th grade where he developed a life-long appreciation for education. His education continued as he became a accomplished mechanic, veterinarian, accountant, carpenter, excellent farmer and great teacher.
He began his farming career with his father and learned early in life the joys and sorrows of working with horses, fighting grasshoppers, drought, and hail storms, picking corn by hand, and raising hogs and cattle.
As a young man he loved playing baseball, going to dances, and farming with work horses.
At a community baseball game, he met his best friend’s sister, Dorothy Peterson. After many baseball games and dances, they were married in Kansas on October 16, 1943. They lived north of Haigler on the home place where their first child, Beverly Sue, was born. Sixteen months later, their first son, Gary Dewayne, was born.
In 1948, the young family moved to Yuma County, Colorado after purchasing the “Right-Type Stock Farm” in the Wauneta community north of Wray. There, David Stuart and Kelly Lou were born.
His Community contributions and activities included Wauneta 4-H leader, Wauneta Volunteer Fire Department Chief, school bus driver, Sandhills baseball team, local, regional and state bowling teams, golfing and was a charter board member and district director of the Sandhills Groundwater Management District.
He loved the family gatherings with 11 grandchildren and 16 great-grandchildren.
He was preceded in death by his wife of 68 years, Dorothy, his daughter-in-law Dee Blecha, his parents, brothers, and sisters.
He is survived by daughter, Beverly (Parker Jr.) Newbanks, son, Gary (Gayle), son, Stuart, and daughter, Kelly, as well as grandchildren and great-grandchildren. He will be greatly missed by family and friends.
Receiving of family and friends will be held Monday, December 30, 2019 from 5:00 p.m.- 7:00 p.m. at Schmidt-Jones Funeral Home.
Funeral Services were held at the Haigler United Methodist Church in Haigler, Nebraska, Tuesday, December 31, 2019 at 10:00 a.m. with Pastor Gary Fisher officiating.
Interment will be held in the Haigler Cemetery in Haigler, Nebraska.
Memorials may be made to Wauneta Fire Department or Wray High School Baseball Team.
Schmidt – Jones Funeral Home is in charge of arrangements.