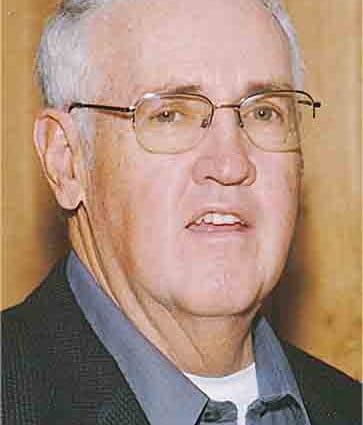 James Leroy Idler was born June 30, 1941 in Burlington, Colorado to David George and Sarah Gertrude (Scruby) Idler of Kirk, Colorado. Jim was the youngest of their four children. He loved his sister and brothers dearly—and loved to play pranks on them. He had such an engaging sense of humor. He also enjoyed music at an early age and that continued throughout his life. Jim attended Kirk Grade School and Liberty High School (Joes), graduating in the class of 1959. He participated in sports, going to the State Basketball Tournament at the Denver Coliseum twice. In 1961, Jim purchased his red Chevy Impala, which he cherished and restored during retirement.
In 1963, Jim joined the Navy and served four years during the Vietnam War. He was trained as an Aircrewman for the P5M Marlin seaplane and the much faster P-3 Orion. As a radar operator, a highlight of his tour of duty was detecting and identifying a Soviet nuclear submarine off Guam. During his service, Jim experienced life in Japan, the Philippines and other stations in the Pacific Ocean. The people he met in the Navy became lifelong friends, and he relished attending the VP-48 Squadron reunions.
After his discharge from the Navy, Jim attended Northeastern Junior College and received his bachelor’s degree from the University of Northern Colorado. While attending college, Jim attained his private and commercial pilot licenses. He landed at Denver International Airport prior to the airport’s commercial opening and once flew cross-country to Tacoma, WA to visit his brother Keith and his family.
Jim met the love of his life, Rita Hossle, in the summer of 1967 when he was stationed at Moffett Field in the San Francisco Bay area. They were married in Hamill, South Dakota on June 15, 1968. In 1971, Jim and Rita built a house on the family homestead near Kirk after Jim joined his Dad in farming and ranching. Soon after, Jim’s brother Darrell also returned to the farm, and they ran a successful partnership together for more than 35 years.
Jim and Rita raised three children. Todd was born in 1972, Michelle in 1973, and Nicholas in 1978. Jim’s family was the joy of his life. He would take them flying in his Cessna 182, making many trips to visit Rita’s family in South Dakota. He spent countless hours with his kids playing catch, shooting hoops, and helping them with their 4-H livestock animals. In 2001, grandson Matthew was born. Jim always looked forward to Matthew visiting in April to see the calves that had just been born.
Jim was active in the community. His love for baseball led him to start the Liberty Little League team, which he coached for nine years. Jim was also a local 4-H leader and enjoyed helping kids with their 4-H projects. He attended the United Methodist Churches in Kirk and Burlington. Later in life, he became a member of the American Legion and the Disabled American Veterans.
Jim was diagnosed with Parkinson’s disease in 2003. Despite the diagnosis, Jim always maintained a great attitude and was determined to not let the disease slow him down. In 2017, Jim and Rita moved to Burlington where Jim liked to work on projects in the garage and to listen to his records in the family room. Jim passed away on July 19, 2021.
Jim was a cherished husband, father, grandfather, son, brother, and friend.
Jim is survived by his wife, Rita of Burlington, Colorado; son Todd, wife Christine, and grandson Matthew of Littleton, Colorado; daughter Michelle of Lake Oswego, Oregon; son Nick of Denver, Colorado; sister-in-law Marie Idler; and an extended family of relatives and friends.
Jim was preceded in death by his parents David and Sarah Gertrude Idler, his sister Leona Collette and husband Ed Collette, his brother Keith Idler, and his brother Darrell Idler and wife Mary Jane Idler.
Services were held July 26, 2021 at the Grassroots Community Center in Joes, Colorado.
Memorial donations in Jim’s memory can be made to: Kirk Fire Department, South Y-W Ambulance Service and Kit Carson County Ambulance Service.
Funeral arrangements were entrusted to the care of the Brown Funeral Home in Burlington. Friends and family can sign the guestbook and register online condolences at www.brownfuneraldirectors.com, or post your stories and share your sentiments on FaceBbook (BrownFuneralDirectors).