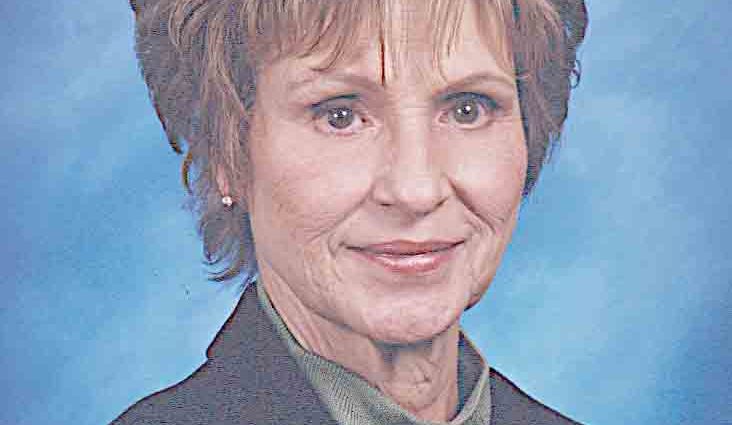 Janice Lynn Pounds, age 78, was called home to her Heavenly Father on Sunday, October 4, 2020 in Yuma, Colorado.
Janice was born April 29, 1942 in Goodland, Kansas to Ezekial Fredric and Velma Aurelia (Rice) White. A sister to Larry and Shirley, Janice developed her signature independence and stubbornness early on. She completed high school and earned her diploma in Goodland, Kansas.
At the age of 19, Janice married her soulmate and best friend, Larry Dean Pounds, on September 10, 1961 in Brewster, Kansas. Shortly after the couple was united in marriage, they welcomed their only child, Lori Lynn, on May 14, 1962. In 1966, Larry, Janice and Lori moved to Yuma, where their lives became “John Deere green” after Larry purchased the John Deere Dealership. There was seldom a day that Janice missed going to John Deere to sit with Larry during morning and afternoon coffee break.
Janice was a proud wife, mother and grandmother.
In her younger years, she was an avid crafter and sewer, always making pieces for family. She took great pride in keeping her home and yard looking immaculate.
As her grandchildren grew and started their own families, she loved when the great-grandkids stopped by to visit and didn’t even mind the fingerprints she’d get on her spotless windows. Janice was an excellent cook and served countless family dinners. After Larry passed away in 2015, Janice had a hard time cooking for just one and would often drop plates of cookies off for the great-grandkids because she made an entire batch so she could eat just one.
Family was everything to Janice. She always made sure to send a quick text or phone call, just to say “hi”. On her daily afternoon drives, Janice often drove by Lori’s house and each of the grandkids’ houses to check in.Recently, Janice created a Facebook page – which she got quite good at – and loved catching up with old friends and family and commenting on pictures of all of the great-grandkids. Janice was a member of the First Southern Baptist Church of Yuma.
Janice is preceded in death by her husband of 53 years, Larry; father, Ezekial; mother, Velma; and sister, Shirley Barnes.
Janice is survived by her brother, Larry White, and wife, Carolyn; daughter, Lori Barry, and husband, Eddie; grandson, Dirk Barry, and wife, Alicia; granddaughter, Erika Thompson, and husband, Austin; granddaughter, Tera Wall, and husband, Zach; grandson, Justin Forsythe, and wife, Taylor; seven great-grandchildren, Harper, Haven and Harlow Barry; Asher Thompson; Jaxon, Swayze and Maveryk Wall; and many friends.
Funeral services were held Monday, October 12 at the First Southern Baptist Church of Yuma with Pastor Chris Mulder officiating. Interment followed at the Yuma Cemetery. Baucke Funeral Home handled arrangements.