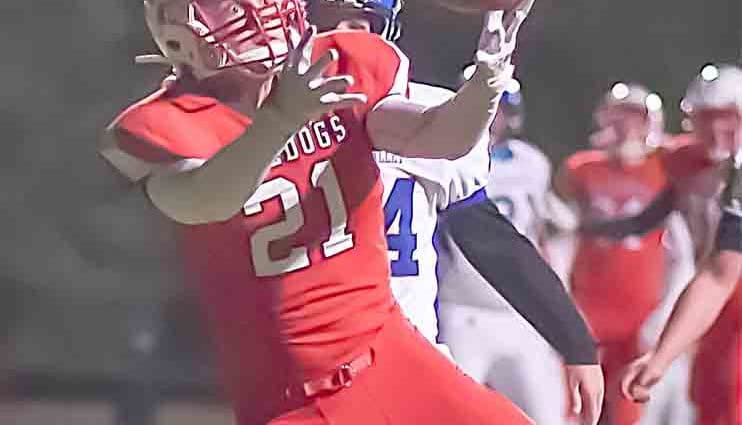 Stratton/Liberty wins big, but suffers big loss
Second-ranked Stratton/Liberty will be headed to Miami Yoder on Friday for a non-conference game.
The Knighted Eagles are 2-0 after last Friday’s 66-27 win over Eads.
It was a bittersweet win, however, as senior Jaret Lichty suffered a serious injury early in the game.
The Knighted Eagles still jumped out to a 24-0 lead. Alex Cruz scored on the first play of the game. Charlie Tagtmeyer then found Tyler Hase on a three-yard touchdown catch, and Charlie Clapper scored the last touchdown of the quarter to make it 24-0 after Braden Wedel made all three PAT kicks.
Cruz scored the only touchdown of the second quarter with Wedel making the PAT kick. Eads scored to make it 32-7, but Wedel made a 31-yard field goal on the last play of the half to make it 36-7 at halftime.
Eads scored two touchdowns in the third quarter, but Cruz scored to make it 44-19 after 3 quarters. The Knighted Eagles scored three more touchdowns in the fourth on runs by Clapper, Cruz and Cyler Notter. Eads sacred once in the fourth for the final score of 66-27.
Cruz ran for 269 yards and four touchdowns, Clapper 138 and two touchdowns, Notter 20 yards and a touchdown, and Lichty had eight yards.
Tagtmeyer completed two of five passes for 14 yards and a touchdown. Tyler Hase had two receptions for 14 yards and a touchdown.
Defensively, Hase was in on 12 tackles, Williams and Breyer 11, Clapper seven, Cruz, Witzel, Craig and Notter foiur each, Joe Shean two, and Lichty, Bohnen and Thompson one each. Cruz and Witzel each intercepted a pass.
Wedel made seven of eight two-point kicks, and also made a 31-yard field goal.
“We played really well against a quality opponent in Eads,” coach Toby Kechter said. “After we lost Lichty to an injury early our team stepped up and played with a lot of heart and determination. We are so proud of our team and look forward to watching them continue to improve each week.”

A/W searching for first win
Arickaree/Woodlin will be looking for its first win in 2020 when the squad goes to Weldon Valley in Weldona for a conference game, Friday.
Arickaree/Woodlin is 0-2 after a tough loss to Idalia, last Friday. Trailing 31-14 at halftime, Arickaree/Woodlin held the Wolves scoreless in the second half. The Indian Mustangs scored twice in the second half to pull within four, 31-27, but could not quite complete the comeback.
Samuel Koolstra ran for 116 yards and two touchdowns for Arickaree/Woodlin. Angel Severin added 71 yards and a touchdown on 11 carries, and Tristin Niccoli ran for 64 yards and a touchdown on three carries. Logan Wright completed two passes for 42 yards. Landry Peeples had one catch for 27 yards, and Niccoli one for 15 yards.
Defensively, Wright was in on 12 total tackles, Koolstra 11, Severin nine, Jacob Jefferson eight, Niccoli five, Aydon Escobedo four, Hayden Page three, and Connor Jesse one.

Otis hits the road
The Otis Bulldogs will hit the road for the first time this season, and what a road trip it will be as they go to Walden to take on North Park, Friday.