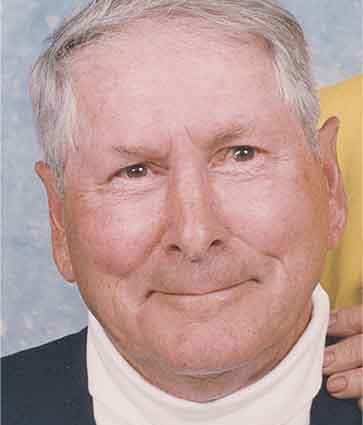 Jean Carlton Maupin, 92, of Brush, passed away on Sunday, August 30, 2020, at his home surrounded by his four daughters. He was born in Dodge City, Kansas to Eleanor (Bunning) and W. H. Maupin on April 21, 1928.
The family moved to Hotchkiss, CO when he was six. Moving to Eaton, CO in his early youth, he met his sweetheart, Doris June Eberhardt, and married her in 1946 before entering the US Navy. He was a Seaman First Class, serving his time on the USS General G. M. Randall AP-115.
He was a proud and devoted husband, father, and grandfather. He was hard working and had a fun-loving spirit. His family always enjoyed his humorous stories of his life experiences. He loved fishing, golfing, and gambling trips with friends and family.
He was preceded in death by his parents, his wife of almost 73 years, one sister, Jeanette Rieb, and his brother Charles Maupin. Jean is survived by four daughters; Marian Jean Awmiller, Marsha Jo (Larry) Mills, Melody Jan (Bruce) Mawyer, and Marla Jodell Fournier, and his sister, Jolene Greene. He is also survived by five grandchildren, Michael, Melissa, Chris, Jason, and Kevin; and eight great grandchildren, Marissa, Kyle, Kaci, Cassie, Cody, Madison, Dylan, and Maddox.
There will be a joint Celebration of Life for Jean and June at a later date. Anyone wishing to make a memorial gift may do so in Jean’s name to Eben Ezer Lutheran Care Center, 122 Hospital Road, Brush, CO 80723, or to Hospice of the Plains, Inc., 100 Broadway, Suite 1A, Sterling, CO 80751.