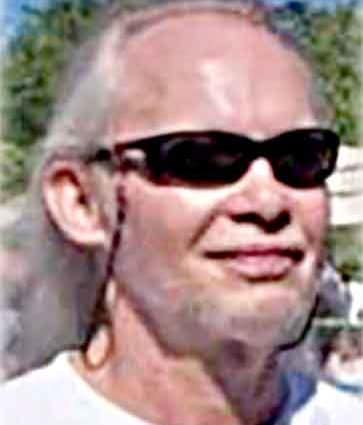 Larry Dean Scott rolled into the world on 7-11-1951 in Denver, Colorado. What a long strange trip it’s been since then!
After graduating from Yuma High School in 1969, he came to Idaho to study at Northwest Nazarene College, where the course of his life was forever changed. He not only bonded with a group of friends that stayed his lifetime, he became a disciple of Jerry Garcia and the Grateful Dead. Upon completing a bachelor’s degree at NNC, Larry attended law school at the University of Idaho. He received his law degree and passed his bar exams in 1977,followed by working as a public defender in Ada County. In 1980, he joined forces with John Lynn and Gar Hackney to form the law office of Lynn, Scott and Hackney. Their union was a friendship and business partnership that lasted through two lifetimes,
Easily recognized by his white ponytail, and affectionately known as “Larry the Lawyer”, he was respected by his clients, colleagues and the courthouse. Larry married and divorced twice before he met his wife Debbie, in 2006. They instantly become a couple. Larry was definitely not a religious man, but he was a passionate, spiritual Deadhead. He attended approximately 200 Dead shows! Music was his guide and he gleaned much of his philosophy from music and lyrics. “Uncle John’s Band” was one of many that he lived by.
Larry was preceded in death by his mother, Theo Helen Scott; father, Glenn Scott; sister, Geraldine Scott; and his business partner and brother-in-arms, Gar Hackney. In addition to his wife, Debbie, he is survived by stepdaughters Kaitlynn Staten, Durann Parra and Cami Jeppesen; son, Nicholas Scott; nine grandchildren and all his many friends that are his extended family.
A special thanks to Sherry Davis, Durann Parra and St Luke’s Hospice for all their loving care. Please make any memorials to the hospice or animal rescue of your choice.
Larry had his Celebration of Life last August and was so appreciative to all who attended. A dedication for his memorial bench at Camel’s Back Park will be held on his birthday this summer.
“The shoe is on the hand it fits, there’s really nothing much to it. Whistle through your teeth and spit ’cause it’s alright. Oh well, a touch of grey, kinda suits you anyway. That was all I had to say, and it’s alright!”
Fare thee well, Larry Scott. Be with Jerry. May the music never stop!