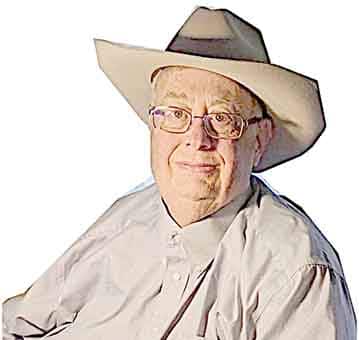 John Lawrence Moore, 70, passed away on August 13, 2020 in his home in Kirk, Colorado, located on his ranch, The Johnny Moore Ranch, LLC. John was born on November 23, 1949 in Brownwood, Texas to Lawrence Jack Moore and Eloise Dickinson Moore. He is survived by his son, Peter Allen Moore of Kirk, Colorado, his brother James Dickinson Moore of Tulsa, Oklahoma and wife Cathryn Mayo Moore, and his sister Jane Ellen Moore Horner of Austin, Texas and husband John Adams Horner. He is also survived by many cousins, nieces and nephews, who loved him dearly.
John attended Bellaire High School, Class of 1968, in Houston, Texas and graduated with Honors. He attended The University of Texas at Austin and studied Plan II/Psychology, Class of 1974. He also graduated with a Master of Divinity at Illiff School of Theology in Denver, Colorado. He finished his studies in 1979 with his Master of Divinity/Clinical Counseling. John lived in Ballinger, Texas; Houston, Texas; Denver, Colorado; Idaho Springs, Colorado and Kirk, Colorado.
John enjoyed a long and successful career as a Federal Land Man with Texaco, Inc in Denver and then independently; but that was only a part of him.  John was a Renaissance Man! He became interested in Personal Computers in the 1960’s helping his Physics Teacher build one and became one of the first to have a PC in his home.
John helped build the first Geodesic Dome in Austin, Texas and bought a waterbed as soon as they were available! He was a product of the Counter Cultural Revolution and learned where he fit into it and where he did not. John was an avid student of the past, spending much of his time immersing himself in history. Rooting himself in the foundation left to us from countless generations developing his knowledge and understanding throughout his entire life. John’s awareness stretched out amongst countless subjects, it didn’t matter what the conversation was about, he would always have his own insight to add to the topic of conversation. John was gifted with the ability to communicate his beliefs in ways that would often shed new light on how others would view the world. John was always there if/when you needed him willing to listen and eager to help in his own way. John had a strong moral compass, one we should all aspire to have in our own lives, having a strong sense in what he believed in, speaking confidently and clearly when communicating it to others. John loved and respected all cultures celebrating how respectable and important they were to civilization as a whole. John would talk about his childhood, spending time with his grandparents on their ranch, his grandfather working on clocks and machines, his grandmother baking pies whenever he would visit. John would say his grandfather was a big inspiration for his love of computers, putting them together and watching them work. John also inheriting a love of cooking from his grandmother, being a truly talented individual in the kitchen. They no doubt impacted his life greatly as it was John’s dream to one day own land and raise cattle himself. He fulfilled his dream in Kirk, Colorado, where he happily made Lemon meringue pie’s and built several computers all in a way to recapture the past and relive memories of his loved ones all while developing and overseeing a respectable herd of cattle. John lived happily in Kirk, attending church every Sunday and living his life in peace, uplifted everyday to be where he was in life. John lived his life on his own terms, his motto being “Take it easy, but take it” something that showed in his light hearted attitude and many, many accomplishments.
John was a bright light in the lives of all that knew him, and will be sorely missed by his family and friends.
A celebration of life service will be held on Sunday, September 29, 2020 2:00 P.M. at the Kirk Methodist Church in Kirk, Colorado. The service will be officiated by Pam Coulter and Baucke Funeral Home is in charge of the arrangements.