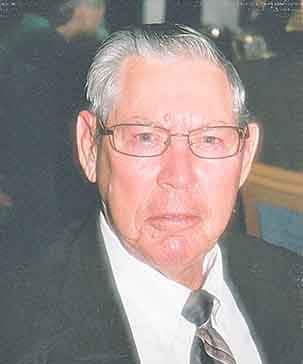 Billy Don Rahm passed away peacefully at his home on Sept. 19, 2020, surrounded by his wife and children, at the age of 85 years 9 months.
Bill was born Dec. 31, 1934 to Don & Elizabeth Rahm on their farm north of Hooker, OK. Bill was always around horses and broke colts during High School for a horseman. He also loved playing horse polo on Sunday afternoons. He graduated from Tyrone High School in 1953, where he was their star running back on their football team. He also jumped center for their HS Basketball team.
He met the love of his life, Retta Hershey in 1949 and they were married in the Liberal, Kansas Methodist Church on March 28, 1954. Bill accepted the Lord and was baptized at the Liberal, KS Methodist Church on Dec. 20, 1959. They would have celebrated 67 years of marriage in March, 2021. To this union, three children were born, Radona Lyn, Bradford Dee, and Bobby Dean Rahm.
Bill was employed as a Mud Engineer for Magcobar Oil Company in Liberal, KS, until the family moved to a ranch south of Yuma, CO in August, 1964. After moving to the Ranch, he continued his love of horses by teaching his children to ride and rodeo in gymkhanas most summer weekends. He also got into the racehorse business, where he raced horses in Colorado, New Mexico, Nebraska, & South Dakota, with many winners. He was involved with the Yuma County Fair Horse races for over 30 years.
He was named Outstanding Rancher in Yuma County in 1980. One of his greatest thrills was when his grandson, Adam Rahm, won Grand Champion Steer with a home grown steer out of Bill’s herd, in 2002.
He was a faithful member of the Yuma Lion’s Club, where he served as President a couple years. He was also Trustee of the Yuma Methodist Church.
His greatest love was working the cattle ranch, traveling with Retta, and enjoying time with his Grandchildren and Great Grandchildren.
He is survived by his wife, Retta, Radona (Charles) of Garden City, KS; Brad (Julie) of Yuma, CO; Bob (Cassey) of Yuma, CO; Stephanie (Ben) Hase of Huntsville, AL; Danielle (Wes) Leander of Tulsa, OK; Jason (Abby) Rahm of Yuma, CO; Adam (Kelci) Rahm of Yuma, CO; Colby (Jessica) Rahm of Yuma, CO; sister, Mona Foster of Melbourne, FL; 5 Great Grandchildren and one more on the way; several nieces, nephews, relatives & friends.
He was preceded in death by his parents, grandparents, beloved grandson Jaden Rahm of Yuma, CO, brother-in-law Jim Foster, brother-in-law Dale Hershey and wife Pat of DeRidder, LA; brother-in-law Jimmie Hershey of Forgan, OK, Several Aunts & Uncles.
A private family graveside service will be held Friday, September 25, 2020, with burial in the Yuma Cemetery close to his beloved Grandson, Jaden Rahm, with Donna Herman officiating. Baucke Funeral Home is in charge of arrangements, and visitation is on Thursday, Sept 24, 2020 from 1 p.m. to 7 p.m. The family requests Memorials to the Yuma Booster Club (PO Box 444), in lieu of flowers.