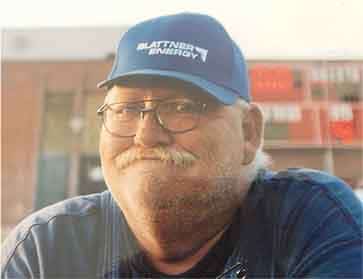 Kevin Wayne Buster was born in Denver, CO on 09/15/1957. He grew up in the Joes, CO area and graduated from Liberty high school in 1976. He enjoyed time with his mother, brother and grandparents. After graduation he worked for the local farmers, ranchers and also drove truck. In 1998 he found a passion for basset hounds and he named his first dog Beulah, then he had a dog named Bonnie and then his current dog was Barney. His dogs were his pride and joy. In 2008 Kevin moved to Hugo, CO to enjoy town life and easier wheel chair access. He continued to enjoy hunting, fishing and the demolition derby. Kevin quickly made many friendships and was known as prankster. He would spend his days wheeling around talking to the locals and his dog was always close to him. Kevin always had a few fire crackers to light off just in case you needed a little pick me up. Everyone in town knew him and his dog. His dog Barney knew every business in town had treats for him. Kevin also spend many evening at local sporting events cheering on the kids. He was often seen giving kids rides on his wheel chair. In his later years he started rock collecting and polished rocks for a hobby.
Kevin Buster passed away in Denver, CO 04/30/2020. He is proceeded in death by Mother Norene Anderson, Brother Richard Buster, Grandparents LaVern and Genevieve Buster, Uncles Robert Schmidt, Duane Buster and Joe Kuntz. Also his niece Jenny Lynn Buster.
He is survived by his Aunt Bonnie Schmidt, Aunt Beth Buster, Cousins Dee Schulz, Troy and Billy Buster, Reed and Dawn Buster, John Schulz. Friends Kelli and Gary Vaughn, Barb and Mike Vaughn, and many more friends and family.
Memorials can be made to Country Living Learning Center P.O. Box 885 Hugo, CO 80821.
Grass Roots Community building 6671 US Hwy 36 Joes, CO 80822.