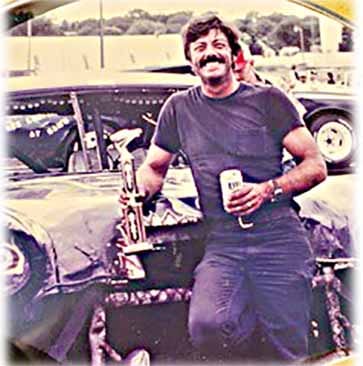 LeRoy Wright was born in Julesburg Colorado May 21st 1946 and passed away May 23 2021 at his home in Wray Colorado surrounded by his wife, family, friends and pets. He was the only child of George and Rosa Wright of Julesburg Colorado. He married Lana Rae Eastin and had four sons. Garry, Steve, Shannon and Sean.
After his mother died at a very early age, he and his father moved to Wray, Colorado where he lived out the rest of his life.
One of his first jobs when he was a teenager and into his young adulthood was helping Roy Mills tend his bee farm for the honey that was sold here locally referred to as the Honey House. He liked to bring the fresh honeycombs home occasionally for his family to enjoy. After the Mills bee farm he worked for several people in the area as a field man, but eventually found his main calling in being a mechanic for several business as well. Some of the people and businesses he worked for included : Gates Company, Bugs farm supply, Wray Ford dealership, and eventually ended up working for Rex Marsh wrecking company. After a few years he purchased the wrecking company and renamed it Wright and Sons Wrecking. Located to the west of where the current hospital is now. In about 1987, after 10+ years of running the wrecking company, the business was dissolved and he went to work for Well Motors, Baldwin Chevrolet and the local Napa store in Holyoke Colorado. From the Napa store in Holyoke he came back to Wray and worked for Sand Hills Trucking company, but would eventually end up working out the rest of his career with Yuma County as a pest control agent, and then finally at the road and bridge department until he retired. After he retired he took care of the area around Stalker Lake where he had moved to decades earlier. He would spend the rest of his days at the house located near the east side of the lake.
In 2007, he met and married the love of his life Nancy Simmons. They were married at Lake McConaughy in Ogallala Nebraska. They would be married for almost 14years and had three pet kids- Ollie, Charlie and Black Kitty.
His favorite past times were hunting, fishing, racing, camping, boating and pretty much anything that involved the outdoors. He enjoyed restoring antique engines, old tractors, windmills and tinkering with anything that he had accumulated at the many auctions in the area. During his career and the pursuit of his passions he met countless friends that would be incorporated into his circle of family. On any given day, you could find him in his shop, having a few beers and enjoying company with any number of his friends that had shown up to unwind, tell stories and relive the many memories that had speckled his life with joy and happiness.
He is proceeded in death by his parents, George and Rosa, and his sons, Shannon and Steve.
He is survived by his wife, Nancy; his children, Garry, Sean Wright and Cindy Counce; his pet kids, Ollie, Charlie and Black Kitty. Along with extended and adopted family members, Mark Shaw and Jim and Roxie Neese who gave of themselves tirelessly during his last days. Thank you also to the many care givers that loved and cared for him so much during that month. It truly was the most amazing gift we could have given the man we loved so much.
A Visitation was held from 8:00 a.m. to 2:00 p.m., Wednesday, May 26, 2021 at the Schmidt-Jones Funeral Home in Wray, Colorado.
Funeral services were held at the Beecher Island Sunday School in Beecher Island, Colorado on Thursday, May 27, 2021 at 10:00 a.m. with Pastor Ben Wentworth officiating. Interment was held in the Hillside Cemetery in Julesburg, Colorado on Thursday, May 27, 2021 at 2:00 p.m.
Memorials may be given to the Beecher Island Battle Memorial Association.
Services are entrusted with the Schmidt-Jones Funeral Home in Wray, Colorado.