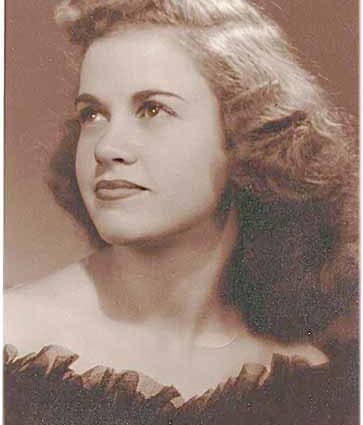 Lois was born January 28, 1927 in Custer County, Nebraska. Her family moved to Broken Bow, Nebraska where she graduated from high school with honors. She went on to attend college in Norfolk. Her normal training at Norfolk Christian College suggested she might become a teacher, but after the first year of teaching in a country school she quickly decided it was not her calling. She returned to Broken Bow and worked as an optometrist assistant until marrying Richard (Doc) Hemphill from neighboring Oconto in 1948.
The newly married couple moved to Lincoln where Doc entered dental school and Lois took a job at Western Electric which she enjoyed, but happily left, for the birth of their first two children. After graduation the family moved to Yuma where Doc started his dental practice. Three children were born in Yuma. Lois ran a daily shuttle service from her home 2 miles east of Yuma making sure that her children never missed out on any opportunity to participate in all activities offered by the schools and the town.
Lois was a private, caring woman who loved her family and her home. She was a talented seamstress and pianist with a terrific sense of humor and wit. One grandson described her lovingly as a “firecracker” which she certainly was. She loved dancing whether it was with her children to Lawrence Welk or her great grandchildren to Beyonce’. She was involved in ranch-life and worked early on in the dental office as needed. When her youngest left for college she joined their dental practice full time. In 1991 Lois and Doc retired from dentistry. Eleven years later they left the ranch and moved to Virginia Dale. They returned to Yuma in 2015. Lois has been a resident at Harmony Home for the last five years.
She is survived by her children Charae Hemphill-Dabb (George), Cynthia Blach, Debra Roundtree and Charles Hemphill; 7 grandchildren Briar Blach, Brevin Blach (Natashia), Heath Roundtree (Tiffany), Robert Hemphill (Emily), Levi Hemphill (Elizabeth), Kendall Hemphill, and Spencer Born; and 7 great grandchildren Amari and Mason Clark, Talan and Braden Blach, Mesa and JW Roundtree, and Ainsley Hemphill.
She was preceded in death by her husband, her daughter Kathleen Hemphill-Born, her sons-in-law Bernie Blach and Clayton Roundtree, her parents Roy and Vala Davis, two brothers Virgil and Doyle Davis, and her sister Vala Dawn Williamson.