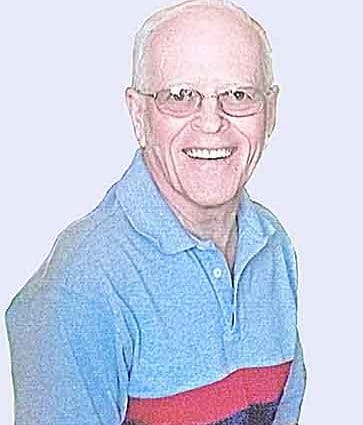 He passed away on January 6, 2020 at the age of 77 after a long, five-year battle with pancreatic cancer.

Paul spent his early years north of Yuma with his parents and sister; helping around the farm. They raised dairy cows, pigs, and chickens. As a youngster, Paul’s activities around the farm included gathering eggs, and occasionally napping with the pigs along with his dog Tippy.

His early education began at the Brand Country School, where he attended through the sixth grade. He would then attend Yuma schools where he met Karen Foltmer to which he almost immediately became interested in. Their early relationship was a hit, literally, meaning Paul was in trouble for hitting Karen at school. His parents told him little gentlemen do not hit ladies, to which Paul replied, if she had been a lady, she wouldn’t have hit me in the first place!

Around the age of sixteen, he joined a haying crew in Kersey, Colorado. Being the youngest on the crew, he proved he could keep up with the older boys by bucking as many, or more bales than they did.

He moved to Greeley his junior year of high school where he attended Greeley West with his cousin Wes. Being close cousins, they made many memories.

He attended Greeley West for one year, then returned to Yuma for his senior year, living with his grandmother. He paid his five-dollar senior dues in pennies, (leaving it one penny short) to the secretary/treasurer, who was none other than his future wife, Karen. She spent several hours in the principal’s office counting and recounting those pennies, trying to find the one that was missing, only to discover Paul had intentionally left one out. After graduating high school in 1960, he took a job with Perry Blach. And in 1964 after many years of dating on and off, Karen told Paul they either marry or she would be moving to Washington state to find employment. They became engaged and were married in Greeley – in one short week!

Paul then joined the Army National Guard, in October 1964, as a service to his country. He served in the Sterling, Colorado artillery group from 1964-1970. He continued working for Perry Blach until he took a job with Bartlett Grain Company.

Paul and Karen were blessed with two children, Lynne Annette in 1967 and Dawn Noel in 1968.

He worked long hours at Bartlett, so his little family would go to the elevator to drop Paul’s lunch off or play cards with Bob Hassman until they could see their husband and dad.

In 1977, an opportunity then arose for Paul to take a job at KN Energy (a.k.a. Kinder Morgan, now known as Black Hills Energy) as a service tech. There he found his niche. He loved reading meters, working on furnaces, and fixing stoves. He worked there for twenty-five years, retiring in 2002.

Paul liked to hunt and fish, do yardwork, work on cars, play cards, dance, gamble, and watch old westerns. He was an avid bowler and was very proud of winning the state bowling team championship in 1982. After retirement, Paul and Karen took yearly gambling trips to Deadwood, South Dakota, and trips to California. They even went on cruises to Alaska and the Panama Canal with Paul’s sister and brother-in-law, Ray and Lillie Rummell. After Karen’s passing, he took one last cruise with Lillie and her family to Italy and Greece.

Paul was an amazing man. He was a hands-on dad and grandpa. He loved his family immensely. His wise cracks, humor, and love he gave will forever be missed.

Paul was preceded in death by his parents, Paul Sr. and Helen Haywood; the love of his life, Karen, and a very special cousin, Wesley Haywood.

Paul was a quiet, humble, hard-working man whose legacy lives on in those he loved. He will rest beside his wife of 47 years. Paul and Karen are dancing, bowling, gambling, and playing cards forever in eternity.