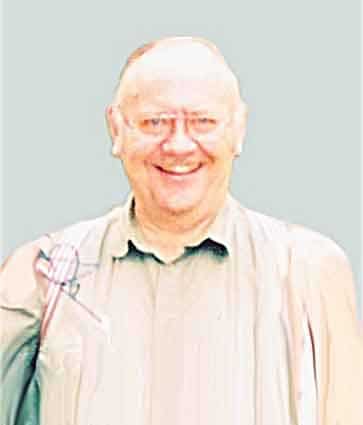 Samuel Joseph Dickens was born on June 23, 1945 to Merl and Ruby (Groissant) Dickens in Greeley, Colorado.
Sam, and his best friend and brother, Tom lived and grew up in Eaton, Colorado riding their bikes, hunting and fishing.
Sam enjoyed being in the band in school and worked for Ken Vogle in his grocery store in Eaton.
Sam graduated from Eaton High School and served in the Army in Viet Nam. After his military service Sam worked as a Federal Meat Inspector covering Colorado along with several other states. He retired in 2007.
Sam married Julia “Judy” Armstrong in 1975. The couple had no children but enjoyed every moment with their nephews, James, Nick and Andrew Dickens. They spent lots of time pheasant hunting and fishing.
In 2010 Sam was diagnosed with Parkinson’s disease. He passed away on July 4, 2020 at the Sunset Manor in Brush, Colorado.
Sam was preceded in death by his parents, Merle and Ruby Dickens and sister-in-law, Georgine. Sam leaves to miss him his wife, Julia, his brother, Tom, sister-in-law, Monica as well as brother-in-laws, Bruce, Michael, Bob, Bernard and Joe, his nephews and their families along with other relatives and friends.
There will be a Funeral Mass on Saturday, July 11, 2020 at St. Joseph’s Catholic Church in Akron, Colorado with Father Marek Ciesla officiating. Interment will follow at the Peetz Cemetery in Peetz, Colorado. Baucke Funeral Home directed the service.
Condolences can be sent to Julia or Tom Dickens at PO Box 412, Brush, Colorado 80723.