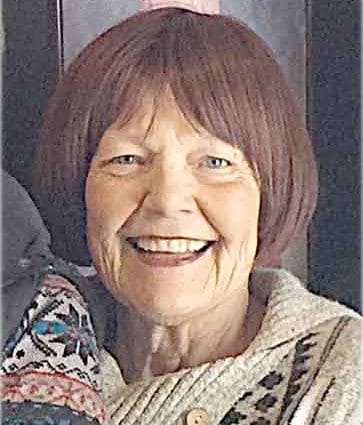 Theresa Pearl Brophy, aged 71-1/2, passed away on March 4, 2020, at her home in Albuquerque, New Mexico.
Theresa grew up on the family farm in Northeastern Colorado, the first born of seven children. She attended school in Eckley and Yuma, YHS Class of 1966. Theresa graduated from the College of St. Mary, in Omaha, Nebraska. After living in Denver and Salt Lake City, it was back home to Colorado to raise her family. Theresa raised three boys: Patrick William, Nicholas Francis, and Eric Daniel Lanser. She was beloved Grandma to Patrick, Donovan, and Regan.
The hallmark of her life was her Catholic faith. Theresa lived her mission through teaching in Navajo, public and Catholic schools in Arizona and New Mexico. Active in many capacities in her parish, she also served in the Cursillo Movement for over 20 years.
Theresa took lengthy trips to Ireland, visiting family and taking in the sea air. She made the best oatmeal cookies, loved playing cards, and big laughs and long talks with good friends. She lived simply, on God’s time, with a pilgrim’s heart.
Theresa was preceded in death by her parents, James and Dorothy (Armagost), siblings Rick, Chuck, and Kay (Oestman), and grandson Donovan. Left to mourn her passing are her children and grandchildren, siblings Marty, Maureen (Joe Turney), and Joni (Tom Colwell), in-laws Terry Oestman and Peggy Brophy, beloved nieces, nephews, a loving extended family and many friends.
A Mass of Christian Burial will be held on Thursday, July 16, at 7:00 pm. The Rosary and visitation will precede Mass, at St. John the Evangelist Catholic Church, in Yuma.
Memorials may be made to National Cursillo Center,P.O. Box 799, Jarrell, Texas 76537.