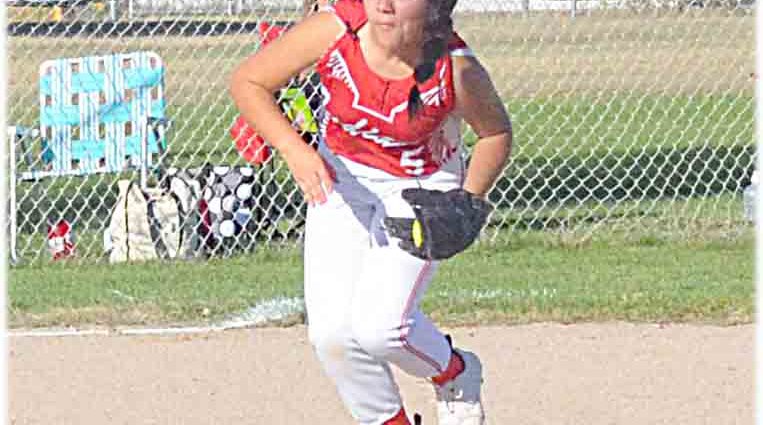 Yuma High School’s softball team wrapped up its truncated 2020 season with a pair of doubleheader losses to state bound teams.
The Indians, who returned to game action earlier last week after two weeks no practice or games, were swept by Burlington at home, last Thursday, then lost two at the Limon Badgers on Saturday. They finished their season with a 2-10-1 record.
Limon and Burlington both are in the 16-team Class 3A State Tournament, which began this past Tuesday with the higher seeds hosting their first-round game.
Burlington entered as the sixth seed, and hosted 11th-seed Strasburg on Tuesday. The Cougars’ saw their season come to an end with a 1-0 loss.

Seventh-seed Limon hosted 10th-seed Delta, winning 12-10. The Badgers are at second-seed University on Thursday, October 8, in the quarterfinals
The tournament moves to the Aurora Sports Park on Saturday, when the semifinals and championship games will be played. Eaton is the top seed in the 3A field. Brush is in as the 13th seed and upset Rocky Ford to advance to the quarterfinals. Sterling was the 14th seed, but lost to Lutheran on Tuesday.
Yuma lost the opener last Thursday against Burlington, 15-0, as the visiting Cougars scored 13 runs in the top of the first. The Indians were held hitless in the three-inning game.
It was the first game back for much of the regular varsity players, who missed the Holyoke games earlier in the week.
The Indians got the offense going some in the nightcap, a 22-5 loss. Yuma trailed 9-5 when the Cougars broke it open in the sixth inning.
Yuma’s first run came in the third when Makenzie Weathers led off with a single. Ema Richardson followed with a double, and Weathers scored when Kimberly Guerro followed with another double.
Yuma scored four more in the fourth. Tiemy Montes led off with a walk. M. Weathers followed one out later with a single. Guerro also singled, scoring Montes. Karina Rascon drew a walk, and then Darina Rascon hit a three-run triple to right field.
D. Rascon had the triple and three RBI, Alivia Weathers hit a double, Liddy Day a single, M. Weathers two singles and two runs scored, Richardson hit a double, K. Guerro two hits including a double, one RBI and one run, and Montes and K. Rascon one run each.
The Indians headed to Limon early Saturday for its final doubleheader of the season.
They dropped the first game 17-1. Yuma’s lone run came in the third. Julissa Garcia reached on a single, eventually coming around to score. The Indians’ only other hit was a single by A. Weathers.
Yuma again found more offense in the second game, a 17-7 loss.
The Indians took the early lead with one run in the top of the first. A. Weathers was hit by the pitch, advanced to third on Garcia’s double, then scored on a wild pitch.
They put up three more runs in the third. D. Rascon led off with a single, and Garcia followed one out later with a single. Liddy Day hit a double to score both baserunners, and Day scored on M. Weathers. Double.
That pulled Yuma to within 7-4, but Limon answered with five runs.
The Indians came back with three more in the fourth. Jasmine Sotelo led off with a double, Guerro drew a walk.
Then came the big hit, a three-run homer to center by A. Weathers.
That pulled Yuma to five, 12-7, but Limon once again answered with five in the home half. Yuma could not score in the top of the fifth, and the game, and season, was over.
Garcia went 3-for-3 at the plate with a double and one run scored. A. Weathers had the three-run homer and scored twice. Day was 2-for-3 with a double, one RBI and one run, M. Weathers hit a double with one RBI, Sotelo hit a double and scored a run, and Guerro scored one run.