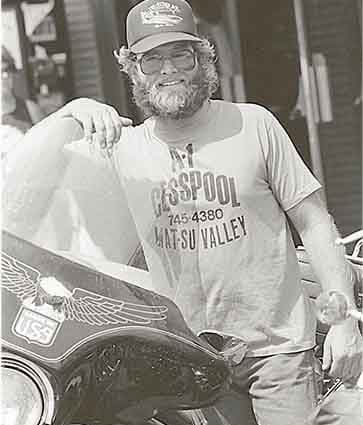 Steven Ray Cullen was born on February 7, 1954, to Leon and Grace (Lohmeyer) Cullen in Ulysses, Kansas. He passed away on August 24, 2021, in Oberlin, Kansas, of complications related to a recent surgery. Steve was 67 years old.
He began school in the small Colorado community of Kirk when the family moved there in 1960. Grace and Leon moved again in 1964, relocating to Yuma, Colorado, where Steve and his closest siblings – Randy, Tim, Bernie, Mark and Trish – quickly became part of the social fabric of the community. At an early age, Steve developed a keen interest in sports, whether it was tag football in the park, Babe Ruth summer baseball or snooker at the pool hall. And he quickly became a gifted athlete.
As starting quarterback for Yuma High School during his senior year, he led the team to the co-championship of the Northeastern Colorado AA Conference. And he was equally proficient on the basketball court and on the baseball diamond. His interest in sports carried over into his adult life. He followed professional football, basketball and even hockey. The mere mention of Kansas basketball or the upcoming NCAA tournament would grab his attention. And he loved the underdog.
Steve graduated from Yuma High School in 1972. And after four years at the University of Northern Colorado in Greeley, he earned his bachelor’s degree in teaching. Prior to graduation he was actively recruited by the Oberlin School District was proudly teaching his first classes when the fall semester began in 1976. He started out in 2nd Grade but after three years he moved to 4th Grade where he remained at Oberlin Elementary School for the next 29 years.
Known affectionately as “Mr. Cullen,” he was far from an average teacher. Just as he excelled in sports, he proved to be a remarkable instructor in the classroom, so much so that he inspired other faculty members with his ideas and enthusiasm. Said one colleague: “He touched so many lives in so many ways. He loved learning and he loved teaching. He was such a remarkable human being. Everybody adored him.”
Steve never stopped looking for new ways to inspire students. To boost academic achievement one year, he challenged each child to read 100 books. If they did, he promised, he would kiss a pig. Motivated, the students far exceeded his challenge, and, true to his word, he smooched a live pig in front of the entire student body to rousing cheers and applause. “It was a madhouse,” one faculty member fondly recalled.
During the 1993-1994 school year, he learned about a program called the “Lunch Box Derby,” sponsored by the Washington Apple Commission in which 4th and 5th Graders from across the country build models cars with fruits or vegetables. In addition to creative design, the object of the event is to build the fastest car. Remarkably, two young students from Oberlin ended up winning the National Lunch Box Derby in Chicago. Because of Mr. Cullen, that program remains alive and well in Oberlin still today.
Steve retired from teaching in 2008 but he never left Oberlin. Although he continued to spend summers in Alaska with friends and family, he always returned to Oberlin and found other ways to keep busy. Whether it was hunting, culinary cooking with wild fish and game, short trips to Colorado to visit friends and family, or just finding a friendly game of cribbage, he remained a vital member of the community.
“He loved Oberlin and Oberlin loved him,” said a close friend. “He was a kind and generous soul to his friends and neighbors.”
He kept in contact with many of “his kids,” as he affectionately called them, attending local football and basketball games and other school events. Learning of his death, dozens and dozens of former students wrote about “Mr. Cullen” on social media in tribute. Most of the comments contained the same two words: “favorite teacher.”
Wrote one former student: “Go rest high on the mountain. Cheers for the Broncos. Bring us peace. Bring us rain. We all need a little more ‘Mr. Cullen’ in our lives. Laugh. Smile. Tell someone you’re proud of him or her. Do the little things.”
It wasn’t just students – he also helped parents, friends and neighbors. He would arrive with his trademark smile, his well-known quick wit, and a helping hand whenever local farmers needed him. He helped paint homes for friends and neighbors. Once, when he heard a local businessman needed temporary assistance at the store, Steve showed up and stood behind the counter.
Steven Ray Cullen was 67 when he left this world, leaving it a far better place for everyone, which, ultimately, is the true measure of a successful life.
He was preceded in death by his parents, Grace (Lohmeyer) and Leon Cullen; three brothers, Randy, Harley and Mark; and one sister, Sally (Cullen) Steen. His favorite dog, Peaches, also preceded him into heaven.
He will be greatly missed by his surviving family members: Trish Barnes of Woodward, Oklahoma, Tim and Janet Cullen of Yuma, Colorado; Bernie and Gloria Cullen of Palmer, Alaska; and dozens of nieces and nephews. He will also be missed by hundreds of friends from across the country and by the community of Oberlin, Kansas.
Memorial contributions can be sent to: The Steve Cullen Memorial Fund, Farmers Bank & Trust, PO Box 7, Oberlin, KS 67749; in care of Tonya Tally. All funds will be used to benefit disadvantaged students in Oberlin and the surrounding Decatur County area.