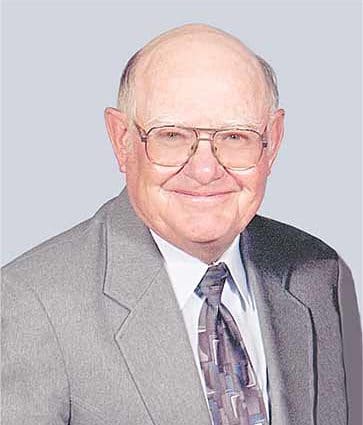 Victor Clair Hickman was born to Victor and Anita Hickman on April 10, 1942 at the Ft. Morgan hospital and passed away at Yuma Life Care Center on January 22, 2021 at the age of 78.
He attended the Hillrose schools and graduated from Hillrose High School in 1960. He attended Colorado State University for 3 years to be an Ag Instructor but decided to farm with his father.
He married Mary Ella Chapman on April 5, 1964 in Brush, CO. They began their married life in Hillrose and later moved north of Ft. Morgan following the 1965 flood of the South Platte River which moved their home off its foundation. In 1970, Clair and Victor purchased land north of Yuma where they moved to begin their own farm and ranch operation.
Besides being involved in farming and ranching, Clair was an active and dedicated member of the First Southern Baptist Church serving as a Sunday School teacher for many years as well as a deacon. Upon retirement, he found himself doing many “handyman” jobs around the church as well. In recent years, he also became a member of the Gideons International. Some of his favorite times were when his grandsons got to visit the farm.
He is preceded in death by his father Victor and his mother Anita.
He is survived by his wife Mary, his children Amy of Wray, and son Troy (Selina) of Montpelier, VT, and grandsons Elliot and Maxwell of Montpelier, VT.
Funeral services were Thursday, January 28 at 10:30 A.M. at First Southern Baptist Church in Yuma with Pastor Christopher Mulder officiating. Interment followed at the Yuma Cemetery. Friends who wish to make memorial gifts are encouraged to give to the First Southern Baptist Church, 1101 S. Albany, Yuma, CO 80759 or the Alzheimer’s Association.
Baucke Funeral Home was in charge of arrangements.