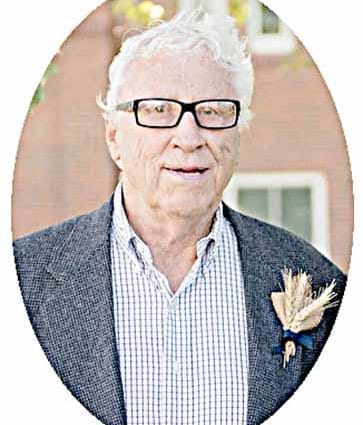 William “Bill” Dale Duncan, 87, passed away on November 12, 2020. He was born in Akron, CO on October 31, 1933 to Harry and Edna (Horn) Duncan. He spent his whole life in Akron with the exception of the 2 years he spent in the service.
As a kid, Bill liked to play sports. He played baseball, basketball and football. He wanted to play football in high school but always felt he was too small. Bill graduated from Akron High School in 1951. He went on to attend college at University of Colorado Boulder and University of Northern Colorado. In 1956, he was drafted in the US Navy and spent 2 years in the service. In December of 1959, Bill married Nelrita Lidia and had six children: Tracy, Timothy, Tina, Taylor, Tori, and Terran.
After returning home from the service, Bill worked for his dad in the gasoline and oil distribution business. They worked together until his dad retired in 1961. Bill then took over the business. This is the first of many businesses that he owned over his lifetime.
The only hobby Bill really had was watching sports. Whether it was on TV, under the Friday night lights, in the fieldhouse, or just practice, he loved sports! He especially enjoyed watching his children, grandchildren, and great grandchildren. He rarely missed their games! His kids would call him Akron’s #1 Fan. After his children and grandchildren had graduated, he still continued to travel around to the Akron ballgames up until his death. Bill was also an avid CU fan. He had season football tickets up until 5 years ago when he handed them down to Terran. He would still try to make it to one game a season.
Bill enjoyed traveling in his spare time. He would plan his trip routes around seeing college football stadiums and historic sites. Every year on Labor Day weekend, Bill would take his children to Estes Park for a fun filled weekend that included miniature golf, trips down the rainbow slide, go-cart races, horseback riding, fishing, and shopping. He would always bet his kids he would come in first place around the go-cart track, even if it meant bumping them off of the track to win! He continued this tradition with his grandchildren. Another adventure he looked forward to was the Sinclair Distributors Conference for four days in Sun Valley, ID. He always said they treated him like royalty and he greatly appreciated it.
Bill was preceded in death by his parents Harry and Edna Duncan, son Timothy Duncan, daughter Tori Duncan, and brother Bob Duncan.
He is survived by his daughters Tracy Bondhus, Tina (Vincent) Friedly, sons Taylor Duncan, Terran Duncan, brother Jack (Doris) Duncan, sister Peggy (John) Pappas, nine grandchildren, 12 great grandchildren, and many nieces, nephews, and friends.
A funeral service was held Wednesday, November 18, 2020 at 11:00 a.m. at the Akron Cemetery Gazebo. Memorial donations may be made to Akron High School Athletics or to Meet & Eat.