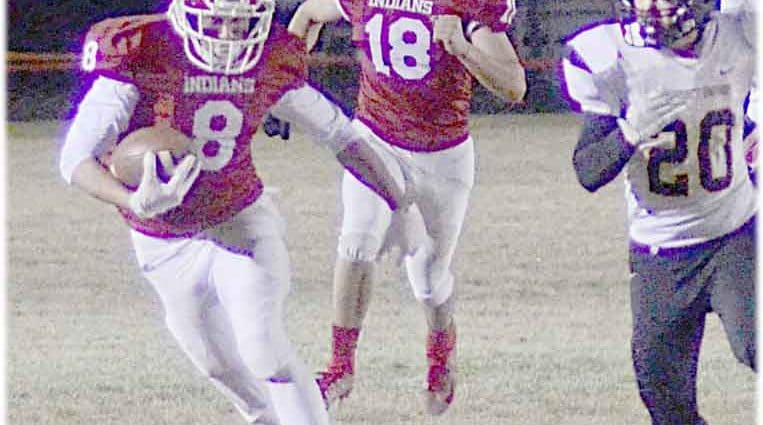 YHS football will be challenged in 2021

Yuma High School’s football team will be gearing up for a “normal” nine-game schedule in the not-too-distant future.
The Tribe will have four home games and five away, beginning at home on August 27.

All games will be in the evening, and eight of the nine will be under the “Friday Night Lights.” However, one year after having an unusual “Monday Night” game at Limon to open the delayed and shortened 2020 season, the Indians will have another unusual day for a game — hosting the Burlington Cougars on a Thursday, October 14. While many bigger schools in Colorado play on Thursdays, this will be the first Thursday game for the Indians in decades, if ever.
The 2021 season also will be the last nine-game schedule as Class 1A will be moving to a 10-game regular season in 2022.
Yuma, coming off back-to-back winning seasons, will be challenged each and every week. Not only do the Indians have to navigate the competitive North Central Conference, they also have what appears to be a difficult four-game non-conference schedule.
The season and home opener is against Burns, Wyoming. The Tribe then travels to 1A-power Strasburg on September 3. Yuma gets a week off, then travels to a tough Highland squad in Ault on September 17, then close out the non-conference slate with a trip to Sidney, Nebraska, to take on the Red Raiders, September 24.
NCC play begins October 1 with the Indians hosting Limon, which has won three straight 1A titles.
The Indians travel to Wiggins on October 8, then have the Thursday home game with Burlington.
Yuma will not close out the regular season with ancient-rival Wray as the Tribe will host the Eagles in Week 8, on Friday, October 22.
The regular season concludes Friday, October 29, at Holyoke.
The playoffs begin Saturday, November 6, with the championship set for Saturday, November 27.