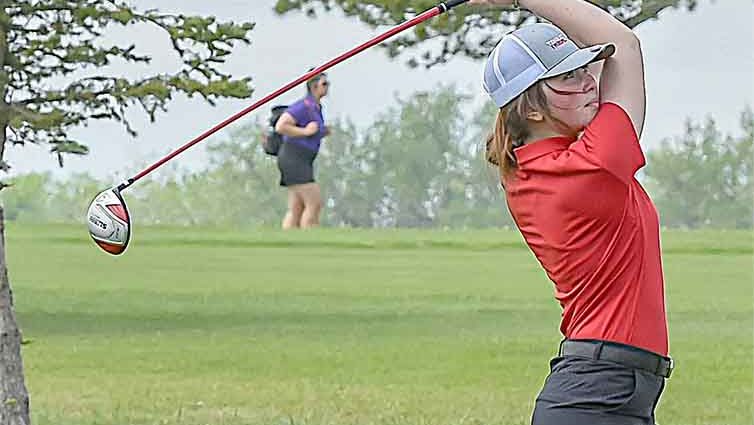 Yuma High School’s girls golf team finally is getting plenty busy, and is finding success.
The Indians won two tournament titles earlier this week. They now have some time off before looking to continue their strong play at the Holyoke Invitational on Tuesday.

Yuma had a nice run at the Wray Invitational, last Friday, finishing second in the team standings. Freshman Jailyn Mekelburg led the Indians, tying for fourth place with a 110 over 18 holes. Senior Jada Young tied for sixth with a 111, and senior Ema Richardson was in a three-way tie for 12th with a 120.
Yuma hosted the rescheduled Yuma Invitational, Monday at Indian Hills Golf Course. The Indians claimed the team title with a 358 score. Brush was second with a 364, Wray third with a 381, Holyoke fourth with a 390 and Washington County fifth with a 413.
Young led the way on the home course, finishing as second medalist with a 111. Mekelburg was sixth with a 122,Richardson in a tie for seventh with a 125, and Kim Guerrero in a tie for 12th with a 130.
The Indians were back at it again Tuesday at the Burlington Invitational on the Prairie Pines Golf Course.
They again won the team title, led by Guerrero finishing fourth with a 111. Young shot a 117, Richardson a 122 and Mekelburg a 123.

2021-05-27
Previous Post: YHS tracksters have back-to-back this week
Next Post: Jonathan Moody to perform at 5:10 to Yuma