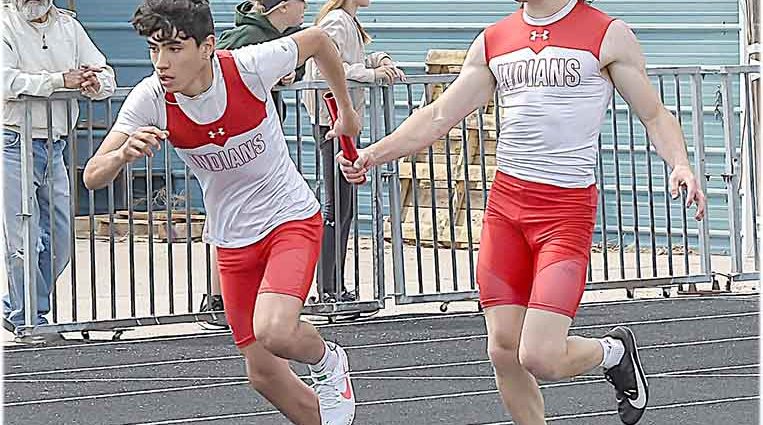 Yuma High School’s track and field teams are off to a great start in Season D.
“We just have a good mentality throughout our team right now,” head coach Lucas Lubbers said.
The Indians continued their encouraging efforts at the Highland Twilight Invitational in Ault, May 20. The YHS boys won the team title, and the girls came in second.

They enjoyed a strong effort last Friday at the Tom Meyer Invitational in Akron, their first meet since the season opening Yuma Bill Kalb Invitational more than a week earlier. 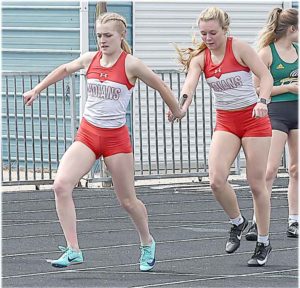 The girls team received a boost with some volleyball players joining the team just a couple of days after competing in the state tournament.
Final team points were not available, but Lubbers said he thinks the girls finished second.
“It opened up a chance to compete in more events especially relays, which helped with the team standings,” he said of having the volleyball girls now on the team.
The Indians scored several points in the open races.
Julissa Garcia won the 100-meter dash with a time of 13.18 seconds, while Lea Richardson was fourth in 14.12, and Fatima Duran sixth in 14.29.
Hailey Eyring won the 1600 with a time of 6 minutes, 17.82 seconds, and Abril Montes de Oca was fifth in 7:35.9. Richardson took third in the 200 dash in 28.49 seconds, Ashley Ibanez took fourth in the 800 in 2:47.87 and Meidi Reyes eighth in 3:02.28. In the hurdles, Jordan Glanz took fourth in the 300s in 1:01.97, and Liddy Day was seventh in the 100s in 20.97 seconds.
The 800 sprint medley foursome of Duran, Lyndsey Mekelburg, Richardson and Ibanez won the event with a time of 2:03.55. The 4-by-400 team of Richardson, Mekelburg, Eyring and Ibanez took second in 4:37.22.
In the field events, Montes de Oca cleared 4-foot-5 for second in the high jump. Duran cleared 8-2 for fourth in the pole vault, and Day cleared 7-2 for eighth. Nuvia Vega long jumped 13-4.5 for fifth place.
Yuma’s boys enjoyed several top-two efforts. Again, team points were not available but Lubbers said he thought the boys also finished second. 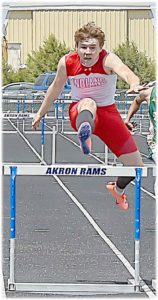