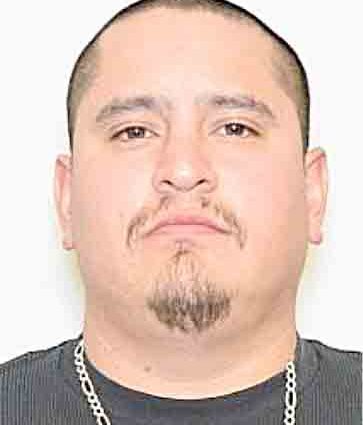 During the early morning hours of Saturday, February 1, officers with the Yuma Police Department were called to the 200 block of East Petain for a possible assault that had just occurred.
Upon arrival a male victim was located and an initial investigation was completed. The male victim was transported to the Yuma District Hospital with serious bodily injury.
After a follow up investigation, the suspect was identified as Sergio Miramontes-Arteaga, age 27 of Yuma. Yuma police put out a felony warrant for assault on Miramontes-Arteaga. He eventually was arrested Monday evening without incident.
At this time there is no reason to believe there are any safety concerns for the community, as this was believed to be an isolated event. Yuma police stated no other details will be released at this time.
Miramontes-Arteaga was booked into Yuma County Jail on Wray. He is facing a charge of assault in the first degree with a deadly weapon, a class 3 felony, according to the Yuma County Sheriff jail report.
It is common knowledge in the community that the victim is Russell Griggs of Yuma. He was transported from YDH to the Medical Center of the Rockies in Loveland, where he underwent brain surgery for a skull fracture later Saturday, according to family. It reportedly went well and he was still in the hospital recovering as of Tuesday.