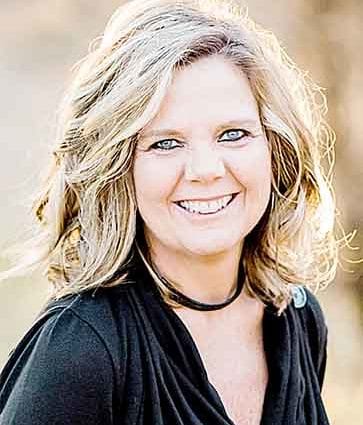 An extended summer vacation for the Yuma schools finally is coming to an end.
The 2021-22 school year begins Tuesday, September 7, following a longer-than-normal summer break due to Yuma-1’s $32 million expansion/renovation project.
Yuma-1 is opening the school in “Green” meaning there are no requirements for mask wearing, being vaccinated from COVID-19, or any other pandemic-related protocols that were in place last school year.
Everything on the Yuma Middle School/Morris Elementary School/Little Indians Preschool will seem like “normal” — except for the concrete-paved bus loop, including arm bars to keep out all traffic but school buses — and the fact Yuma-1 has dropped all in-town bus routes thanks to a lack of drivers.
It will be a bit different at the YHS campus, where work on the district’s $32 million renovation/expansion project will continue throughout the first semester.
Students will find several new faces in the building when they return to school, though several are familiar.
YHS graduates Sarah Leifheit and Brittney Ross join the staff at YMS as the sixth-grade and fifth-grade science/social studies teachers, respectively. Megan Armstrong returns to the teaching staff after several years away as the technology teacher at YMS. Yuma resident Sara Olsen has joined the YMS staff as the art teacher.
Rhonda Desmond is moving from the district office to YMS, where she will be a secretary and the choir teacher.
Tonya Rodwell joins the administrative staff as the new principal at YMS.(See below)
Sarah McCutcheon is a new fourth-grade teacher at Morris Elementary. Alexis Newton-Wells is the new special education teacher at Morris. Lesley Gonzalez is a new secretary at MES and also will serve as a translator.
New “para”s this year include Miguel Araiza, special ed at YHS, Lesly Loya, Tiffany Sprouse and Clarissa Renteria, special ed at MES, Mellani Rutledge, Shannon Harrington and Brittany Cowan, special ed at YHS, and Kinsley Wells and Connor Morton, special ed at YMS.
Cliff Everett joins the maintenance/grounds crew.
Yuma students and parents/guardians will have a new platform for tracking their assignments and grades, after years of using “Power School.” The new platform is called “Alma” and is reportedly much more user-friendly for staff, students and parents/guardians.
Parents/guardians, and students, have been walked through getting aligned with the new system during student registrations.

Rodwell joins administrative staff
Yuma Middle School students will be greeted by a new principal when the 2021-22 school year begins Tuesday.
Tonya Rodwell has taken the reigns at YMS, following the resignation of Brenda Kloberdanz after several years at the helm.

“Everyone has been very welcoming,” Rodwell said earlier this week as she prepared for her first school year as YMS principal.
Yuma-1 Superintendent Dianna Chrisman commented: “We are excited about the high level of experience and curricular knowledge that Ms. Rodwell brings to our district.”
Rodwell grew up in Washington County, graduating from Akron High School. She then attended the University of Northern Colorado, earning a bachelor’s in elementary education.
She has been in education for 28 years, nearly all of it in Washington County.
Among Rodwell’s roles through the years was as a sign language interpreter in Akron. She spent six years at Arickaree teaching science, math and enrichment to fifth- and sixth-graders. She went to Cheraw for six years, spending the last five years as superintendent/elementary principal — after earning her Master’s in educational leadership from UNC.
She eventually returned to Arickaree, where she has served as superintendent/principal.
Her husband, Shawn Rodwell, is an Arickaree graduate and they have a home in the area. Shawn is retired after a career as a guidance counselor.
Tonya decided to go after the YMS principal job when it came open, seeing an opportunity to be more focused on a singular role after years of wearing multiple hats.
“It’s nice to be in a larger system,” she said. “It’s nice for me to be going back into a single role. I got into education to make a positive different, and sometimes you get spread way too thin.”