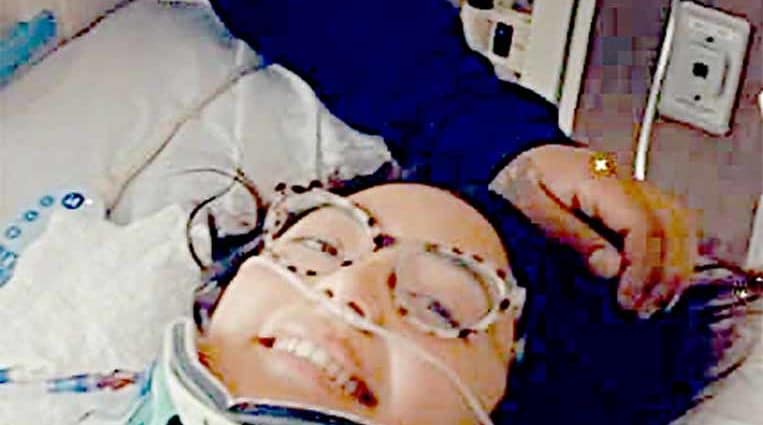 Yuma High School junior Dyhlani Perez is facing a long road to recovery after suffering serious injuries in an accident, last Thursday night, February 25, just south of Yuma.
A total of four YHS students were in the vehicle, with the other three fortunate enough to walk away with minor injuries.
However, Dyhlani, 17, was thrown from the vehicle, and was flown from the accident site to Swedish Medical Center in Denver.
She has had a very long surgery to fix broken vertebras in her neck, relieve pressure on her spine and a shattered knee. Her cousin Eiliany Loya reported earlier this week that Dyhlani is improving as she has begun therapy,

adding that Dyhlani is being strong and “taking this the way a brave, courageous woman would!”
However, she will be in the hospital for several weeks, along with her parents, which means they will be missing time from work as the bills add up.
Family and friends have started a couple of different online fundraisers to help the family. One is on gofundme.com, under Let’s Help Dyhlani and Family. The other is on Venmo, where one can donate to Asalia Bencomo, which has a picture of Dyhlani.
Dyhlani is active in the Yuma Theater Club, as well as other school functions, and works at Yuma Life Care Center. She wants to go into health care for a career.
According to the Colorado State Patrol, the accident occurred at approximately 8:30 p.m. on Yuma County Road E, near the intersection with Road 30. Four female teenagers were in a 2005 Nissan SUV southbound on Road E. The vehicle drove through some soft dirt, lost control, started to rotate and rolled 2-1/2 times. A 17-year-old female, Perez, was ejected as the vehicle rolled.
The 16-year-old female driver escaped with minor injuries, as did two other passengers, a 17-year-old female and a 16-year-old female.
No drugs or alcohol are suspected to be involved.