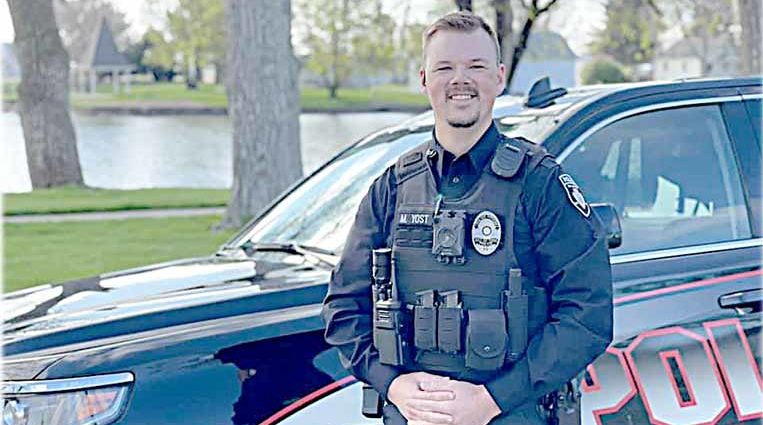 Matt Yost is living his childhood dream of being a police officer.
The newest addition to the Yuma Police Department recalled he was in second grade or so “when I really fell in love with it,” he said. “They brought the cop cars to school, and with the lights and the sirens and everything, I just thought it was so cool.”
He also comes from a law enforcement family as his great-uncle was in the state patrol, has a cousin with the Kiowa County Sheriff’s Office, and another cousin with the Limon Police Department.
He grew up in Wray, and graduated from Holyoke High School in 2018. Officer Yost worked as a jailer for the Yuma County Sheriff’s Office for two years. He signed on with the Yuma Police Department earlier this year then attended the Otero Law Enforcement Academy in La Junta.
Officer Yost officially started with the YPD in May when he began his 16-week training, with a certified field training officer on the YPD. He said he is now in Phase III and will be on his own in about one month or so.
“I am enjoying it,” he said. “I am really starting to like the community. Even on my days off, I want to come in.”